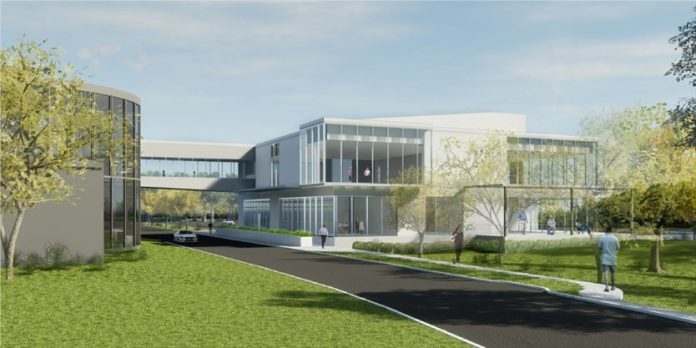 Construction of the $30 million expansion and retrofit of the Waterloo Memorial Recreation Centre will begin in January and at least two years to complete. Construction tenders for the work will go out by the beginning of November, a city spokesperson says.

Last week, city council approved the release of more than $24.5 million in funding, adding to $5.6 million that has already been released. Construction is expected to conclude in the summer or fall of 2022.  The structure has been designed by Parkin Architects Ltd.

“Thank you to everyone who has been working on this massive project, I’m very excited about where it’s come to,” Coun. Tenille Bonoguore, whose uptown ward is home to the facility, was quoted as saying.

The project has two major components:

Officials say work on the civic area is expected to wrap up by February 2021, and the community pavilion will be ready for occupancy by June

As well, significant upgrades are also planned for other areas of the 25-year-old structure, including the partial rehabilitation of the existing aquatic centre, partial main lobby refresh, replacement of the roof over the ice rink, mechanical and electrical upgrades, and security improvements.