Home Around the province $56 million will bring high speed internet to over 16,000 homes in...
Facebook
Twitter
Email
Print
Copy URL

More than $56 million was announced by the federal and provincial governments last week, for three projects to bring high-speed internet access to over 16,000 households in rural communities across eastern Ontario.

Projects are scheduled to be completed between March 2024 and December 2025.

The Government of Canada has announced a goal of ensuring 98 per cent of Canadians have access to high-speed internet by 2026, and 100 per cent by 2030. On July 29, 2021, a Canada-Ontario broadband partnership was launched with a goal to bring high-speed internet access to more than 280,000 households across Ontario through a total investment of more than $1.2 billion, co-funded equally by both levels of government. 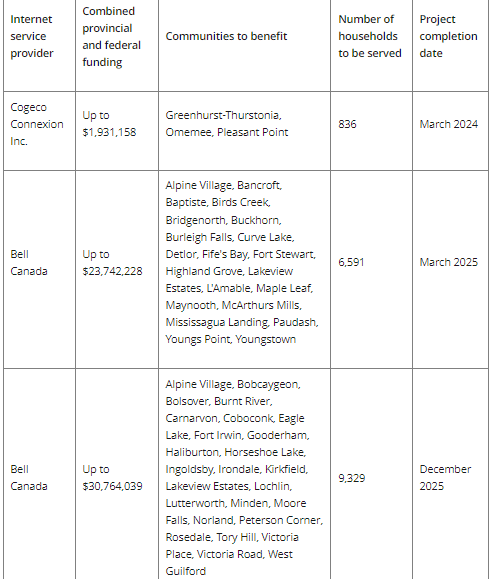 The Ontario government has committed over $950 million to nearly 190 broadband, cellular and satellite projects to date, bringing faster internet access to over 375,000 homes and businesses across the province and significantly improving cellular connectivity throughout eastern Ontario.