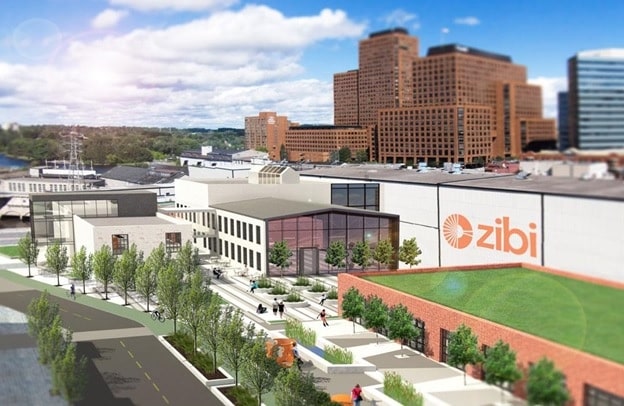 The city of Ottawa has approved about $90 million in brownfields grants since 2018, of which some $60.8 million have been allocated for the Zibi redevelopment on Chaudière and Albert islands on the Ottawa River, which was approved that year under old rules, when incentives were higher.

Overall, the city has approved more than $150 million in tax breaks for developers cleaning up contaminated sites since the program started 15 years ago. However, CBC-TV reports that the actual payouts have been far lower.

In December, the new City Council voted to pause the brownfields grants program pending a review.

Mayor Mark Sutcliffe and Coun. Shawn Menard, among others, say the want to be sure the city doesn’t offer subsidies to encourage redevelopment where developers would build anyway.

Council had approved brownfields grants greater than $70 million by the end of the programs’s first decade in 2018, including multi-year tax breaks worth several million dollars each for the expansion of the Rideau Centre and the 900-home redevelopment of the former Oblates lands in Old Ottawa East.

The Zibi grant in 2018 was the largest in the city’s history. In the years since, City Council approved close to $30 million in additional grants, including $10.5  million in 2022.

Last year, council approved as much as $4.3 million in grants over 10 years to Lofty Riverside GP Inc.  for a planned tower on Bank Street between the Billings Bridge Shopping Centre and the Rideau River. As well, Claridge Homes could receive as much as $665,000 over 15 years for the triangle of land between Baseline and Merivale roads and Clyde Avenue, where the developer intends to build 10 residential buildings of nine to 13 storeys each.

The grant approvals don’t reflect the actual cost to the city, in part because remediation costs could be lower than the maximum amount, Don Herweyer, the city’s interim general manager of planning, real estate and economic development, told the broadcaster, noting the actual payment can be far less in a given year. Payments are spread out over several years as construction progresses.