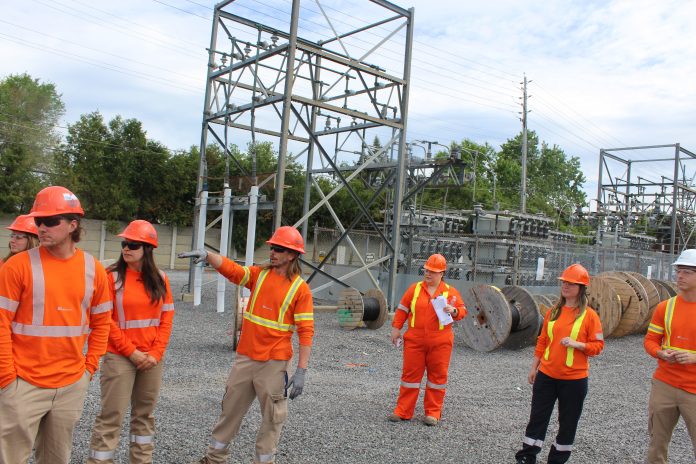 It’s a site that the public rarely visits, and certainly the architecture is functional rather than aesthetic. But the nearly $60 million infrastructure investment at the Overbrook Transformer Station jointly made by Hydro One and Hydro Ottawa demonstrates both the cost and importance of maintaining the electrical grid.

Representatives of both organizations invited the media to tour the nearly completed project on Monday. However, only one television cameraman and an Ontario Construction News writer showed up – because this is a project which becomes newsworthy when things don’t work (and the goal is to prevent that sort of failure from ever happening.)

Spokespersons for both utilities explained that the upgrade to transformers and circuit breakers connecting the high-voltage transmission lines feeding Ottawa (from Hydro One) to Hydro Ottawa’s local utility are designed to accommodate future electrical capacity requirements, including the new Ottawa Light Rail Transit system and  associated high rise mixed use developments.

Systems have been upgraded and modernized, allowing remote control of the circuits, and there is plenty of redundancy, so if one transformer is not available, another can be quickly energized to meet requirements.