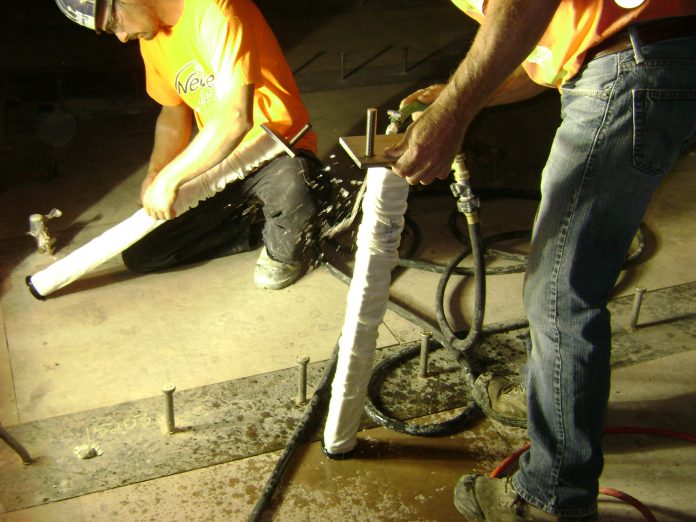 These images provided by reinforcement anchor provider CINTEC offer some clues about the challenges in the multi-year restoration of Parliament Hill’s West Block, and the upcoming work on the East Block.

The $863 million West Block renovation project started in 2011, and the renovated building opened on 28 January 2019, CINTEC says in a statement.

“The restoration of the West Block of Parliament is one of the largest rehabilitation projects in North America,” the statement said. “The 19th-century building was completely modernized with state-of-the-art facilities, while the heritage and character-defining elements were preserved with the utmost respect and sensitivity.”

CINTEC says almost 10,000 of its anchors were used to provide “seismic and structural reinforcement of the building” and many more “are slated for the East Block restoration work soon to be underway.”

At its peak, more than 200 masons worked on the building daily; the overall project is estimated to have created or sustained approximately 5,000 jobs.