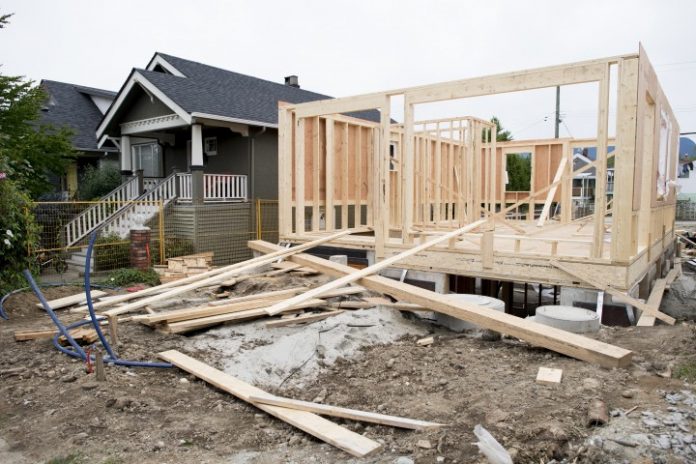 The annual pace of housing starts fell in February compared with January, but still came in stronger than economists had expected.

Economists on average had expected an annual pace of 205,000 for February, according to financial markets data firm Refinitiv.

However Sondhi noted that the evolution of the novel coronavirus, which alongside the recent plunge in oil prices, places downside risk to the bank’s outlook for housing starts this year.

Stock markets, which have been under pressure in recent weeks amid concerns about the impact of COVID-19, plunged in trading Monday as the price of oil collapsed.

CMHC said Monday that urban housing starts fell 1.9 per cent in February to 199,304 units on a seasonally adjusted annualized basis. The annual rate of multi-unit urban starts, such as apartments, condos and townhouses, fell 6.1 per cent to 146,072 units, while urban starts of single-detached homes rose 11.9 per cent to 53,232.

Rural starts were estimated at a seasonally adjusted annual rate of 10,765 units.

The six-month moving average of the monthly seasonally adjusted annual rates was 208,525 in February compared with 211,153 in January.

The Bank of Canada cut its key interest rate last week in a bid to give the economy a cushion from the affects of COVID-19.

Governor Stephen Poloz said the immediate effects the virus will have on business investment and consumer spending meant the downside risks to the economy today outweighed continuing concerns that cutting rates would fan financial vulnerabilities in Canada, such as high household debt.