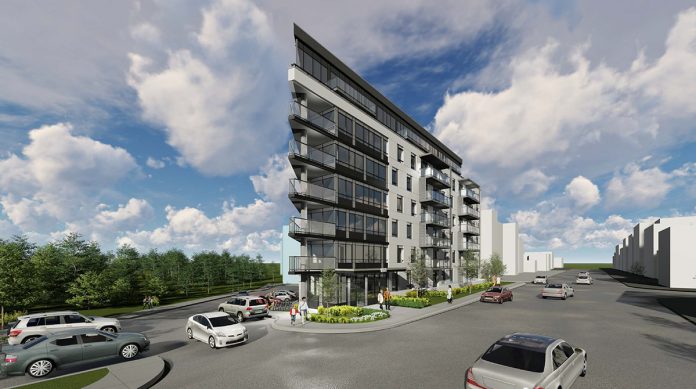 Developer Azuria Group has filed for Site Plan Approval, Zoning Bylaw and Official Plan Amendment applications for an apartment project at 1601 Bathurst St. in Toronto. This will bring 88 residential rental units to the neighborhood. Kirkor Architects is the  project’s designer, Urban Toronto reports.

When completed the structure will include 55 one-bedroom units, 20 two-bedroom units, four three-bedroom units and nine rental replacement units to replaceunits that would be lost in the demolition of the existing structure.  There will be 28 parking spaces in a below-grade garage.

The following features are also included:

The building will have a cladding in light grey precast with punched windows. Balconies will be accessible from the suites and will be framed by a zig-zag pattern. On the 7th level, the building will have private terraces and outdoor amenity spaces, the developers say in their application.