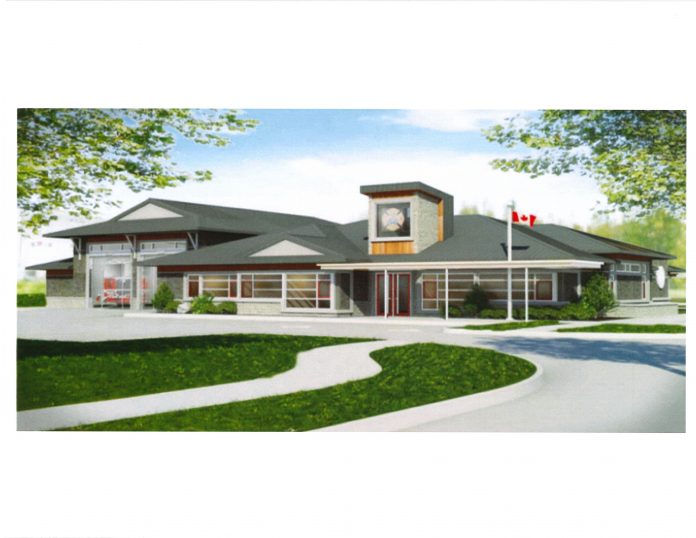 Fire Chief Jim Boutilier has said four minutes is the standard response time in Niagara Falls, however, in the west end, the response time for firefighters is more than five minutes.

According to the chief, the new station concept has been in the planning stage for about a decade. New subdivisions including Warren and the expected addition of Costco and a new hospital have put pressure on the area.

“In their current locations, the fire stations perform poorly with relatively large gap areas and poor coverage of proposed hotels and existing schools which warrants the addition of infrastructure to improve coverage to the city including the west end,” the chief said in a report.

The total cost of the new fire station is estimated at $7.2 million, and the state-of-the-art facility will also be home to the fire department’s emergency operation centre. There will also be a new pumper/rescue truck – purchased for an estimated $1.1 million.

Boutilier said the hope is for construction to begin in November and be completed by May 2021.

According to the staff report, Bromac was selected in a bidding process, in part, because of the company’s experience in completing other major construction projects for Niagara Falls,

Grimsby and Niagara-on-the-Lake, including four fire stations. Bromac’s bid was also the lowest the city received.

Staff has recommended borrowing against the city’s development-charge reserves to pay for the project. The required borrowing will not be done, however, until project completion and the total is within council’s approved debt-management strategy.

The need for a new fire station in the Kalar and Lundy’s Lane area is documented in consultant’s reports including the Master Fire Plan 2010, Station Location Study 2012, and the Staffing Study in 2019; all of which concluded that the current land is in the right location.

At the direction of Council in April 2019, staff re-engaged Whiteline Architects who had been working on the design of the fire station between 2015 and 2017, before it was deferred in order to engage a consultant on the staffing issues.

Then staff went out for a pre-qualification RFP. This was designed and opened to any general contractor to submit their expression of interest and 10 out of 13 bids moved on in the process to submit a final tender bid.

Bromac Construction’s $4.88 million bid was about $1.3 million less than the next closet bid which was Brower Construction at $6.14 million.