With billions of dollars of federal construction work ahead and a project pipeline stretching decades into the future, the biggest challenge facing both the industry and government is the construction industry’s capacity to handle the work that needs to be done.

This observation sums up the message of two senior Public Services and Procurement Canada (PSPC) officials, speaking on Oct. 6 at the Ottawa Construction Association’s (OCA) 2022 Construction Symposium and Trade Show.

Among work to happen in the national capital, “there’s the whole transition in the Parliamentary Precinct into an integrated campus,” Wright said. “That involves underground tunnels connecting all the buildings . . . a lot of infrastructure.”

Other work ahead includes redeveloping the Prime Minister’s and Privy Council Offices and the “full redevelopment” of Sparks Street.

Meanwhile, dozens of labs across the country – many located in the National Capital Region – also need to be redeveloped. “That’s a multi-billion dollar program of work” with an initial $2.8 billion allocation, Wright said, as new facilities need to be built for upwards of 20 departments and agencies.

Meanwhile, Déry described the scale of his responsibilities, which encompass all federal projects not covered by Wright’s focus.

These structures includes federally owned or leased office buildings, courthouses, infrastructure and other “engineering assets” such as bridges and harbours.  About half of the federal work sites – or 3.2 to 3.3 million sq. m. — are in Ottawa, Gatineau and the surrounding area.

At any given time, we have roughly 3,500 projects running across the country, all of them above a million dollars,” he said.

“All of our buildings are approximately, on average, 56 to 58 years old,” meaning many of the existing structures are either near the end of past their life cycle.

“You’ll see a lot of construction happening,” in the Ottawa area, said Déry. “This is a major investment the government is doing.”

“Our biggest concern, is (the industry) having the capacity to deliver all of this.” Beyond the parliamentary precinct projects, “a lot of construction is happening everywhere, and the private sector is investing, and public sector has to move ahead with these projects,” including hospitals and other projects under provincial government jurisdiction.

“Can the industry deliver with what Rob is doing, and what I’m doing in Ottawa and Gatineau?” Déry asked. “There’s a lot of work for not just now but for the next 10 to 15 years.”

Adding to the challenges – and workload – are government priorities to ensure buildings are Net Zero by 2030 – less than eight years away – and are accessible. These requirements increase costs and create a challenge, because of the trade-off between the specialized requirements, available labour force and industry capacity, and funding.

The speakers observed that round-table discussions and relationships with the industry grew deeper and more effective during the COVID-19 crisis, and they indicated the much higher co-ordination and co-operation going beyond transactional relationships, provides hope for the future.

Déry said PSPC, aware of the challenges in finding bidders for large projects, is looking into setting out smaller contracts for building retrofits.  It is also moving towards new procurement models including quality-based procurement to create opportunities and better results.

These issues tie in with the changing nature of work, including a reduction in the need for in-office presence.  In some cases, he anticipates under-utilized leased federal buildings in the Ottawa could be converted to residential accommodation. These retrofits changes will create even more work for the industry. 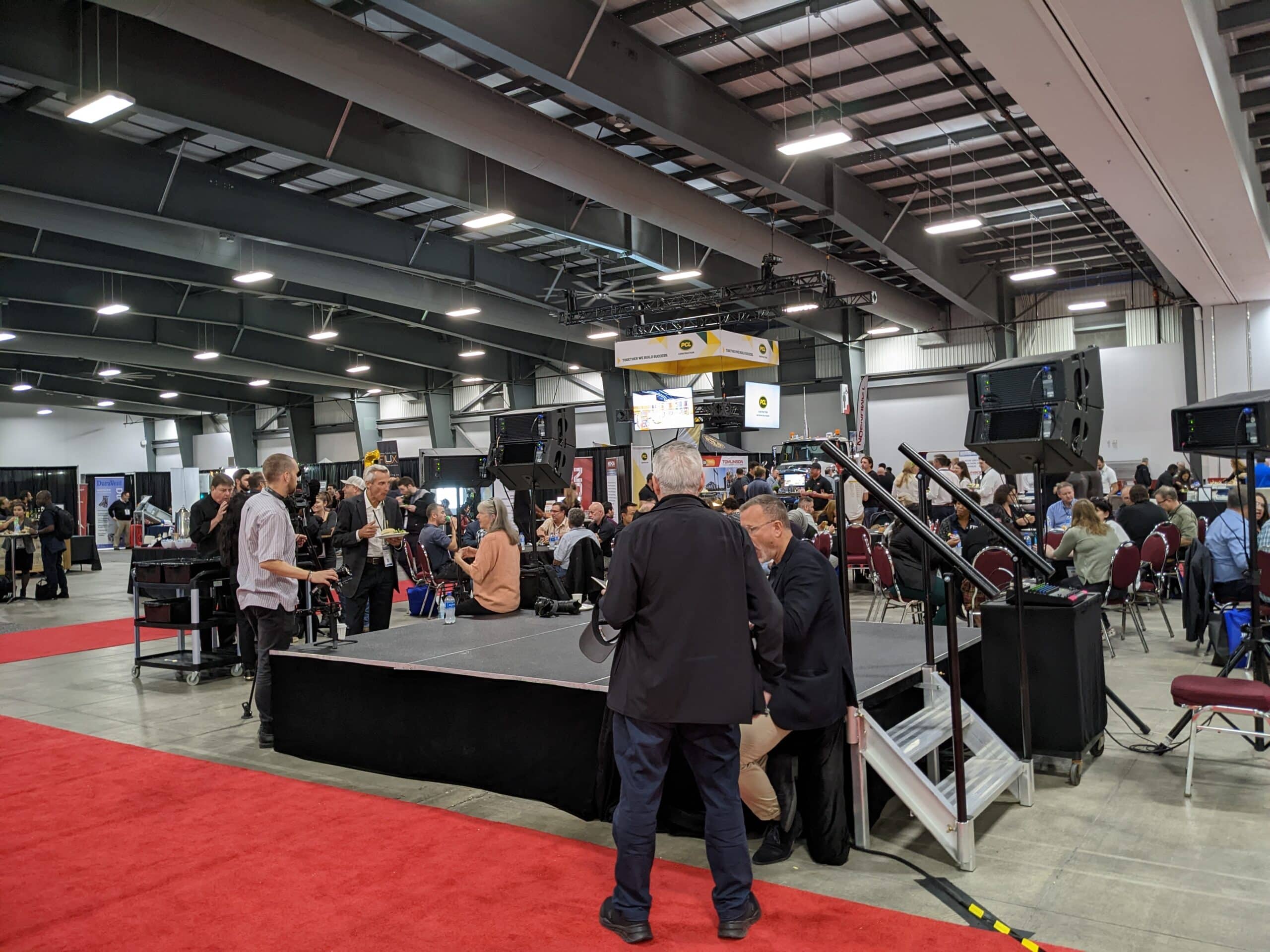 The federal government discussion was just one of several sessions at the two-day symposium, the first large-scale OCA in-person event since the start of the pandemic in March, 2020.

Along with speakers and a trade show, the event at the EY Centre included a Youth Engagement program that saw busloads of students from around the region visit the site for a hands-on view of potential future construction careers.