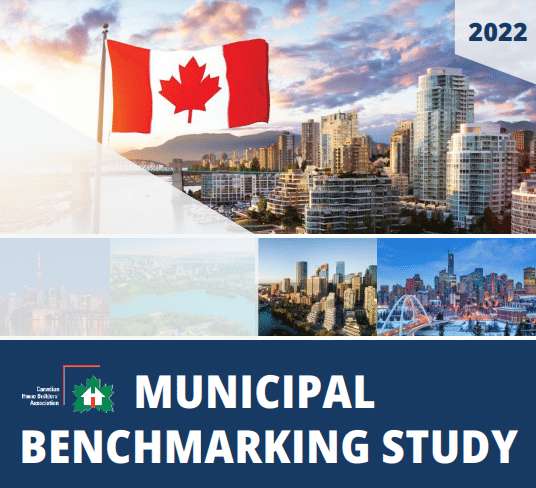 Edmonton finished first and all 10 Greater Toronto and Hamilton and Metro Vancouver municipalities are ranked in the bottom 10. 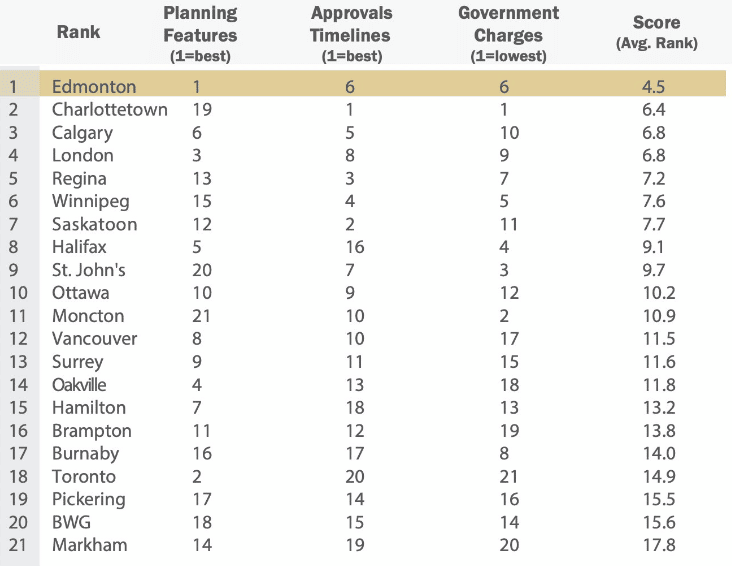 The study compares approaches that 21 Canadian municipalities have in three key areas that affect development of new home construction:

The report highlights key features that help or hinder the process of bringing new housing to approval and ultimate construction, as well as the cost implications for homebuyers of municipal processes, policies and taxes.

“This report is intended to support the important conversation with all levels of government, but particularly with municipal governments, on the efficient delivery of much needed new housing supply, including the impact that inefficiencies and taxes have on housing affordability, which is already a major challenge across the country,” said CHBA CEO Kevin Lee.

“We’ve undertaken this work to showcase where municipal governments have the policies and systems in place to support supply and affordability, and to provide a path forward for improvements where things aren’t working as well.”

Rankings for each studied municipality are available in the full report. The rankings show which municipal governments are leading in the three areas – planning features, approvals timelines, and municipal charges – and gives each an overall ranking.