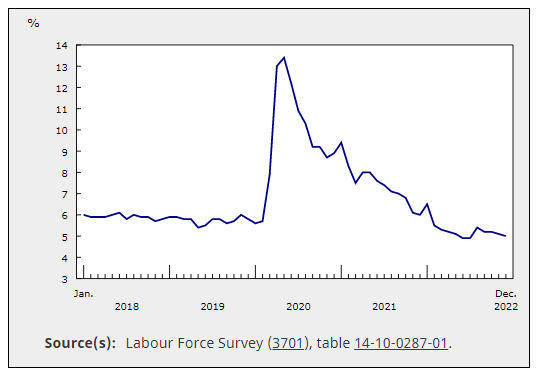 According to the latest Statistics Canada data, investment in building construction had edged up 0.2% nationally in October , with Ontario accounting for nearly all the gains. On a year-over-year basis, employment in construction was up by 84,000 (+5.8%) in December. 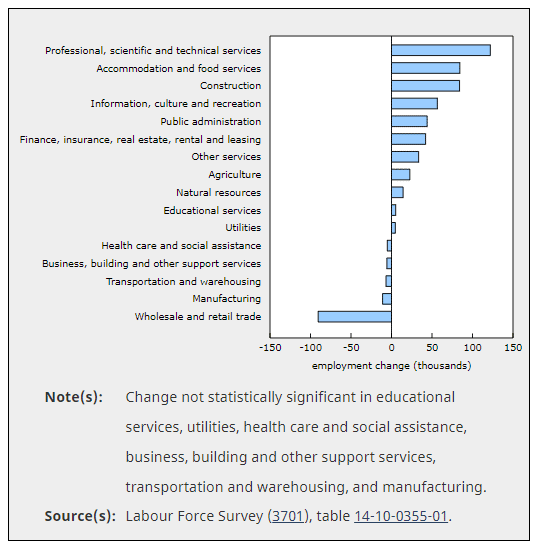 Stats Can says employment growth was led by an increase among youth aged 15 to 24, recouping cumulative losses observed for this group from July to September.

The number of employees increased in the private sector, while it held steady in the public sector. There were broad-based employment gains across several industries, including construction, as well as transportation and warehousing, with gains reported in Ontario, Alberta, British Columbia, Manitoba, Newfoundland and Labrador, and Saskatchewan in December. There was little change in the other provinces.

Year-over-year growth in the average hourly wages of employees remained above 5% for a seventh consecutive month in December, up 5.1% (+$1.57 to $32.06) compared with December 2021 (not seasonally adjusted).

In the context of elevated cases of influenza and other respiratory viruses in many parts of the country, 8.1% of employees were absent due to illness or disability during the reference week (Dec. 4 to 10), up from 6.8% in November. This was higher than the pre-pandemic average of 6.9% for the month of December from 2017 to 2019, but below the record high of 10.0% set in January 2022, when the Omicron variant of COVID-19 was spreading across Canada (not seasonally adjusted).

Employment increased in Ontario, Alberta, British Columbia, Manitoba, Newfoundland and Labrador, and Saskatchewan in December. There was little change in the other provinces. For further information on key province and industry level labour market indicators, see “Labour Force Survey in brief: Interactive app.”