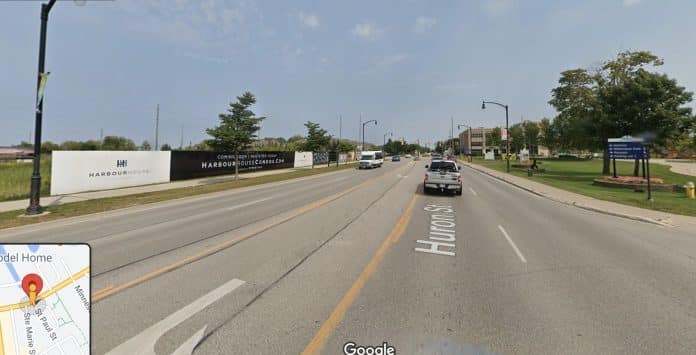 In a news release, town staff confirmed that the sanitary forcemain failure at Huron Street and Heritage Drive was caused by construction activity happening in close proximity to sanitary forcemains near 31 Huron St.

Drilling at the site caused direct damage to the forcemain, however the Town intends to undertake further inspections of the forcemains to determine if there is any other damage. The developer and builder responsible for the construction activity have been cooperative in fixing the issue.

Staff estimate approximately 1,500 m3 of untreated sewage was discharged. About 115 m3 was hauled to the wastewater treatment plant for treatment and another small pump was set up to send liquids to a nearby sanitary manhole.

The Spills Action Centre and the medical officer of health were notified, and harbour users were also advised of the potential risk of swimming in the area.