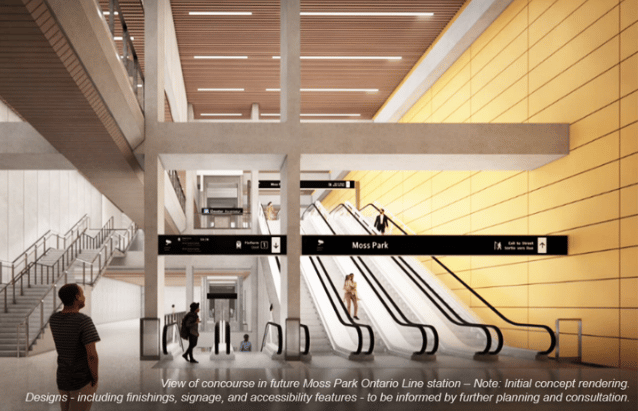 Infrastructure Ontario and Metrolinx have awarded a fixed-price contract to Ontario Transit Group (OTG) for $6 billion to design, build and finance the Ontario Line Southern Civil, stations and tunnel project. 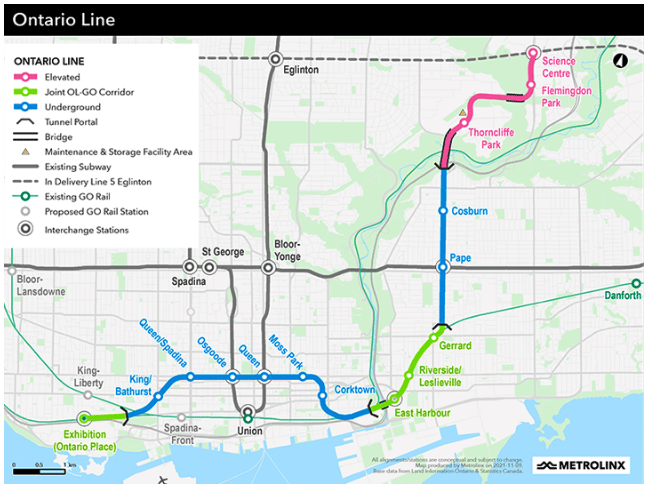 The project is being delivered through IO’s Public-Private Partnership (P3) model, and the team will begin mobilizing its design and construction crews, with major works expected to begin in early 2023. The South Civil contract is anticipated to be completed in 2030.

OTG says its section of work for South Civil will “strengthen Ontario’s economy by supporting an estimated 1,500 jobs at the peak of construction.” 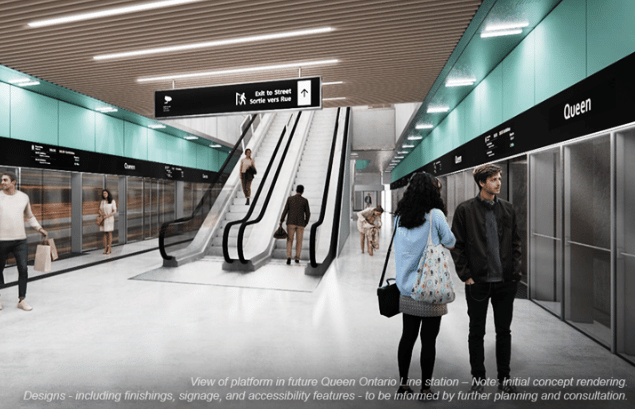 The Ontario Line project is being delivered through various P3, progressive design-build and traditional procurement contracts, which are all being staged.

The Ontario Line will be a 15.6-kilometre new rapid transit line running between the Ontario Science Centre and Exhibition/Ontario Place in Toronto, with 15 stations, including six interchange stations. The new line will provide more than 40 connections to other bus, streetcar, light-rail transit and regional rail services.