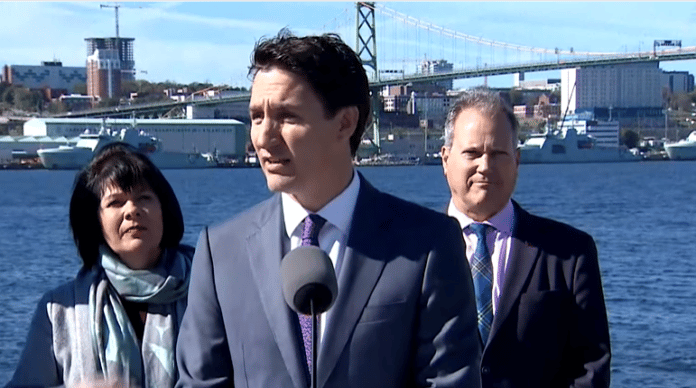 Speaking to reporters in Dartmouth, N.S., Trudeau said the fund will provide assistance over the next two years to help repair critical infrastructure damaged when the storm hit the region on Sept. 24, sweeping away homes, tearing off roofs and knocking out power grids.

Money will help communities and businesses in Atlantic Canada and the Iles-de-la-Madeleine rebuild, and the fund will also go toward cleaning up fishing gear, ensuring the safety of navigation and protecting marine wildlife, he said.

The goal, Trudeau said, is to distribute the money quickly through the local offices of the Atlantic Canada Opportunities Agency, which will work with other federal agencies. Civil servants, he added, won’t wait for “all receipts to be in” before disbursing funds.

“We need to get the money to families as quickly as possible, especially with winter coming,” the prime minister said.

“We’ve gotten much better at rolling out disaster assistance, whether it’s been the historic flooding we saw in British Columbia just recently, whether it was more and increasing wildfires, whether it was heat waves, we are seeing more intense, extreme weather events because of climate change.”

The money will also go to homeowners whose residences are being rebuilt and to those who don’t have insurance to pay for the replacement of their dwellings, Trudeau said.

“We will be there to help with people who are uninsured or underinsured for the kinds of damages they’ve gone through.” 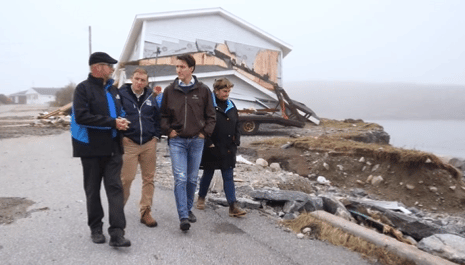 The federal government has also established a donation-matching program with the Canadian Red Cross to support those impacted by the storm and will match donations Canadians and corporations make for the next 30 days from September 25.

“Our thoughts are with all Canadians affected by Hurricane Fiona, as well as with the first responders and volunteers who are working tirelessly to help those in need. As a government, we are united in our resolve to be there for the people and communities that have been impacted and we will continue to work in close collaboration with our provincial and municipal partners. Together, we will get through this,” said Bill Blair, minister of emergency preparedness.