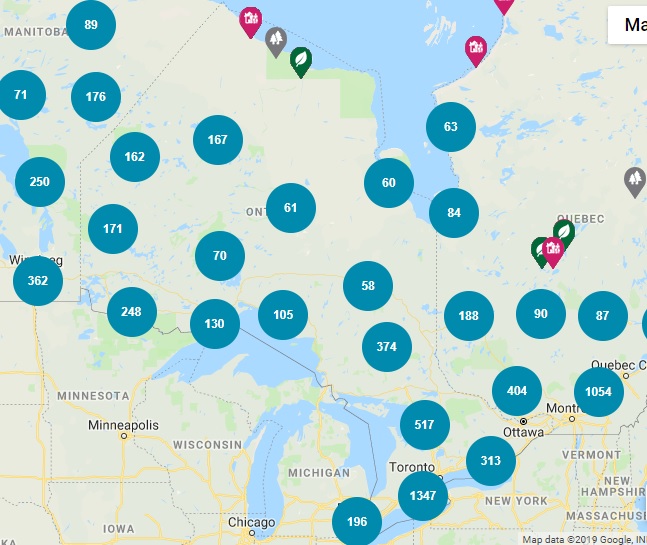 Representatives from the federal government were in Maynooth on August 1 to announce $3.7 in funding to improve roads within three Ontario municipalities.

Making the announcement was MPs for Hastings-Lennox and Addington Mike Bossio and Daryl Kramp, accompanied by mayor of Hastings Highlands Vic A. Bodnar, among others.

The funding in Hastings Highlands is to go toward improving nearly 5km of Local Road 62 between Young Street and McAlpine Road. Culvert replacement, improved drainage, improvements on guide rails, and new asphalt paving are all planned for the project.

“Hastings Highlands is thrilled to receive this much needed funding. The long planned for refurbishing of Highway 62 can now begin. Thank you to the government for recognizing that small rural communities appreciate the support for initiatives such as this since without their generosity we would never be able to afford the needed repairs,” Bodnar said.

The Township of Carlow Mayo will benefit through improvements to Mayo Lake Road and Hartsmere Roads, while Weslemkoon Lake Road in Tudor and Cashel Township will be improved.

“Investing in infrastructure is critical to our government’s commitment to make life easier for our families, businesses, seniors and students. Our investment in these three road projects will result in faster and safer commutes and ensure people can spend more time with their friends and families,” Kramp said.

The funding will come from the Rural and Northern Communities Infrastructure Stream of the Investing in Canada infrastructure plan. The province will kick in an additional $2 million toward the three projects, and the remainder of the costs will be covered by the three municipalities.

In communities with fewer than 5,000 residents, the federal government’s portion of this funding is up to 60 per cent of the project costs.

Ontario’s portion of the Investing in Canada project map, from https://www.infrastructure.gc.ca/gmap-gcarte/index-eng.html