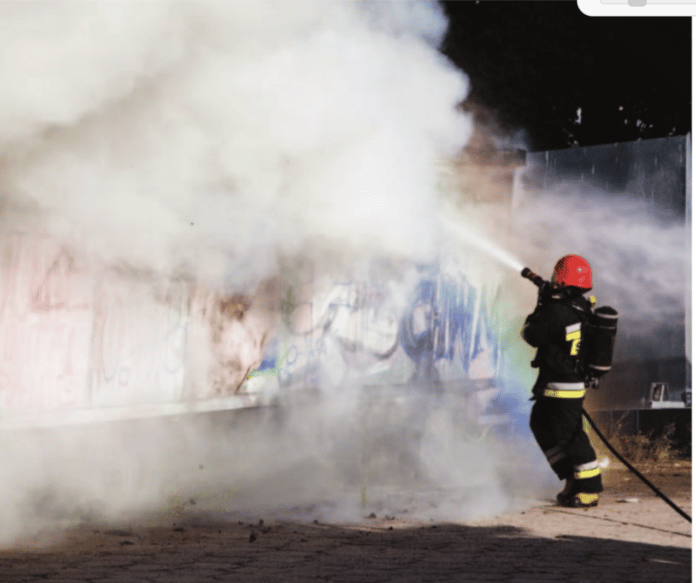 Although its a rarity that fires occur in multiple locations of a building at the same time, the possibility of spreading smoke may annunciate multipliable area zones on the fire alarm control panel.

The danger associated with the early-stage fires may not be the flame, but the smoke and noxious gases produced by the fire which can limit the occupant visibility.

The effects of smoke stretch far beyond just being toxic. Smoke will significantly reduce the travel speed of occupants leaving the building.

It is therefore vital to review and verify the sequence of operation of the building smoke control devices identified in the approved fire safety plan. In accordance with the fire code, fire dampers and all automatic means of smoke control in the building are to be checked, inspected and tested for their operation at specified intervals throughout the year.

Smoke containment systems function in similar ways and are used to pressurize vestibules stairwells, elevator shafts, etc. to create a barrier to prevent smoke from migrating into certain areas of the building.

These systems may be activated by smoke or fire detection sensors, sprinkler water flow devices and in some cases by manual pull stations. Mechanical smoke exhaust systems work in conjunction with makeup air intakes so to maintain an air pressure which does not result in an evacuee requiring excessive force to open barrier doors.

The approved fire safety plan also contains a maintenance checklist for the smoke control venting systems which aids the attending firefighters. It is a requirement that the maintenance records of these systems be kept current and whenever a defect or deficiency is discovered, the property owner or his agent must take immediate corrective action.