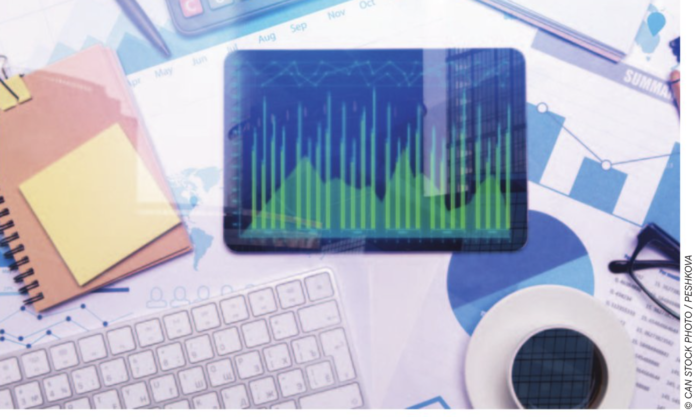 The Canadian economy outpaced expectations in October and an early estimate suggested growth continued in November, offering a glimmer of hope for a better-than-expected start to 2021.

Statistics Canada reported Wednesday that real gross domestic product grew 0.4 per cent in October, marking the sixth consecutive month of growth and slightly above the average economist estimate of a 0.3 per cent gain.

Both goods-producing and service-producing sectors were up overall in October, with almost every sector outside of those directly affected by renewed public health restrictions posting gains.

The October figures put the Canadian economy about four per cent below where it was before the COVID-19 pandemic, Statistics Canada said.

The gain in October would be modest in any other year, BMO chief economist Douglas Porter said, but the increase looks pretty good during a historically difficult year for the Canadian economy.

There was some belief the economy could contract in November as lockdown restrictions took hold in places like Toronto, he said. StatCan’s preliminary estimate for the month is for a 0.4 per cent GDP gain.

“It does mean that the economy is able to keep churning ahead during this very tough episode,” Porter said. “Frankly, it gives me a bit of confidence that things might hold during the tough winter.”

It may also mean 2020 won’t be as bad for the Canadian economy as previously expected, he said.

Economic activity plunged in March and April during the outset of the pandemic, and sectors have been climbing back ever since. What has happened since is a tale of two economies: One where circumstances have improved, the other where things continue to lag.

Statistics Canada said manufacturing, while a drag on growth in October with a 0.8 per cent decline following five months of growth, was a main driver of the preliminary estimate for November growth.

On the other hand, accommodation and food services dropped in October by 3.9 per cent drop, marking the second straight month of declines and falling in line with the temperature as the outdoor dining season effectively came to a close.

The two sectors still remain 31 per cent and 44 per cent below where they were in February, and are almost certain to show declines in November, Janzen said.

The path into the new year will rest on how quickly containment measures are lifted, linked in part to the rollout of vaccines that got a boost on Wednesday as Health Canada approved a second COVID-19 vaccine for use in this country.

“We know that the second half of 2021 could look significantly better,” Janzen said in an interview.

“Households have been building up huge stock of savings and a lot of that is just because a lot of things — travel and hospitality services — just haven’t been available for purchase.”