Veterans participating in the Helmets to Hardhats program will be among the tradespeople building a $11.5 million supportive housing structure for former Canadian Force soldiers in Ottawa.

Second World War veteran and Squadron Leader (ret’d) Andy Carswell was the signature participant at the cornerstone laying ceremony on Monday for the building in a residential development site that had formerly been the Rockliffe Air Base.

The 96-year-old retired Royal Canadian Air Force pilot was in good spirits as he laid the cornerstone of building named after him: Veterans’ House: the Andy Carswell Building.

“I’m quite happy and proud to be here,” he said. “I think it’s nice – there aren’t very many buildings being named after me!” 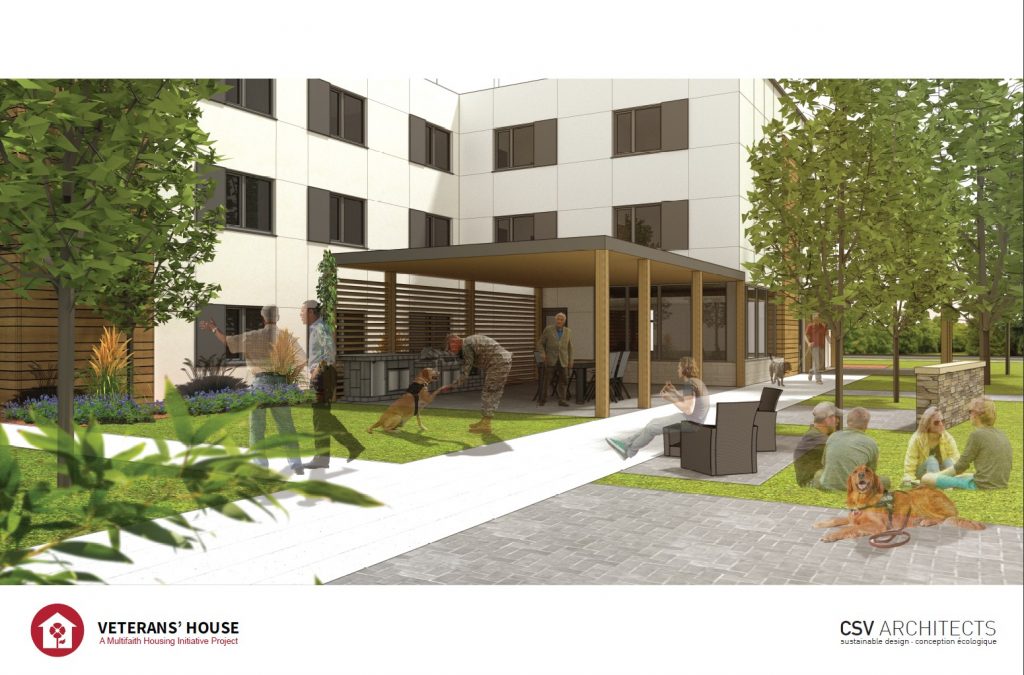 Ottawa-based McDonald Brothers Construction is the project’ general contractor. The 40-unit structure for homeless veterans is scheduled to open in November, 2020. The building will include mental health and addiction services, communal gathering spaces, an indoor gym and a dog park for service dogs.

John Carswell, Andy’s son, made the first lead gift to the Veterans’ House project on behalf of the Carswell family several years ago, and wanted to name the building after his childhood hero – his dad.

“It was wonderful,” said John while reflecting on the cornerstone laying ceremony – which involved getting Sqn. Leader Carswell and his wife, Dorothy, age 98, to Ottawa from Toronto to join about 100 Veterans’ House project stakeholders and other members of the Carswell family. “It was really quite magical.”

The ceremony included a flypast of a PBY-5A Canso aircraft, the same type that Sqn. Leader Carswell flew during his time with the RCAF.

Veterans’ House is a pilot housing community. The Multifaith Housing, Initiative (MHI) which is owing and managing the project, has been documenting each step so it can be replicated across the country.

Donations to MHI have covered much of the cost, but the federal government is contributing $6.5 million for the structure designed by CVS Architects Inc. in Ottawa. (Stantec Consulting Inc. is also working on the project.)

The three-story structure on Mikinak Road will take about 14 months to complete.