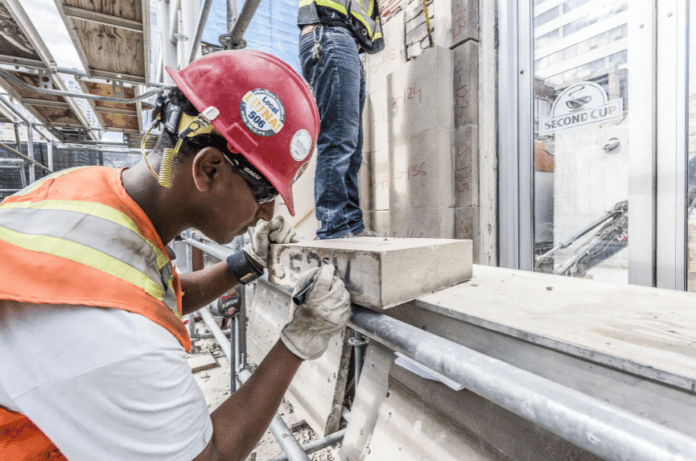 The classic Imperial Bank building exterior a “heritage façade,” on the corner of Mount Pleasant Road and Eglinton Avenue East in Toronto has been fully restored by construction crews working on the Eglinton Crosstown light rail transit (LRT) project

For almost a century, the former Imperial Bank building façade stood, but to prepare for Mount Pleasant Station construction, workers demolished the building in 2016.

When construction began in 2016, hundreds of bricks from the building were removed, catalogued, and stored off-site. Upon the station’s rebuild, the original bricks were reattached in the same order they originally stood, outfitting the 90-year-old station’s new retail space.

The rest of Mount Pleasant Station was built using a top-down, cut-and-cover method, meaning ongoing excavation work was covered by concrete roof slabs for traffic to flow on top while work continued underneath. 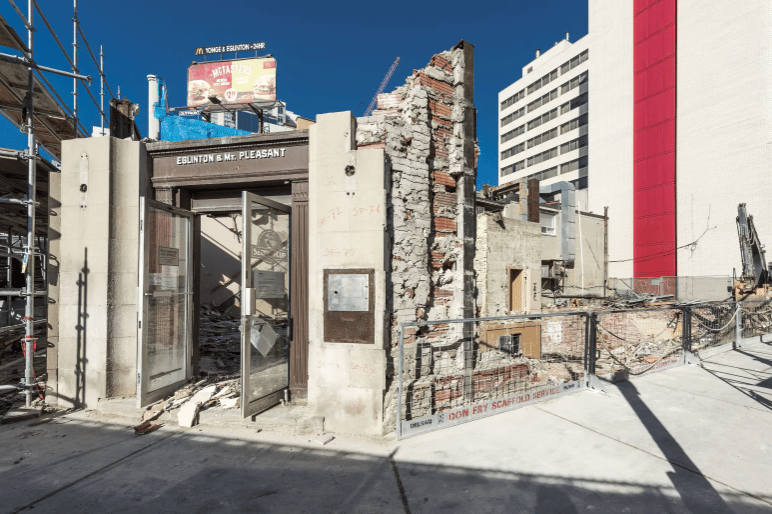 The next step for the station is equipment testing and then road restoration and landscaping work will be completed.