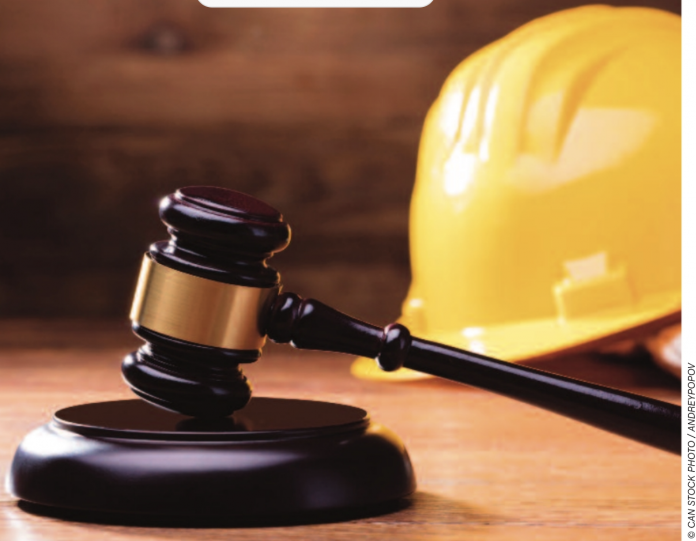 The provincial government has amended its emergency regulations to exempt the Ontario Construction Act from a suspension on limitations, an action which will free owners to release 10 per cent construction lien holdbacks.

“The suspension will be lifted on April 16, 2020, to give the industry time to prepare for these changes,” attorney general Doug Downey wrote in a memo last Thursday, just before the Good Friday holiday weekend. “Once lifted, parties will have the same amount of time to meet a deadline that had been remaining before the suspension began on March 16, 2020.”

Several industry associations and contractors had been clamouring for changes to the rules, concerned that owners were declining to release holdback because of fear they would be in jeopardy if they released the holdbacks while the limitations rules were suspended.

“I am writing to let you know that the Ontario government is revising one element of a previous emergency order, O. Reg. 73/20 made under the Emergency Management and Civil Protection Act, which suspended limitation periods and procedural time periods retroactive to March 16, 2020,” Downey wrote.

“The previous order was made to help Ontarians who are having difficulty meeting those time requirements as a result of the COVID-19 outbreak.

“The emergency order has been amended to lift the suspension of limitation periods and procedural time periods under the Construction Act. This will allow for the release of holdback payments to contractors and subcontractors in the normal course, helping to resolve a potentially significant cash flow problem as a result of the order for the construction industry.”

Lawyer Glenn Grenier. who drafted the amended regulations in co-ordination with the Ontario General Contractors Association (OGCA) indicates the new provisions will turn the holdback clock back on.

“If the wording of the amendment reflects this intention, then pursuant to this amended order parties whose lien clock started prior to March 16, 2020 will be granted a 31 day extension (March 16 – April 16) to their applicable lien period,” he wrote. “For example, if publication of the certificate of substantial performance was achieved on March 6, 2020, the general contractor will have until June 5, 2020 (10 days to March 16 + 50 days following April 16) to preserve its lien (assuming the Construction Act applies, and not the timeline for preservation in the prior Construction Lien Act).”

“By allowing for release of holdbacks, the amended emergency order will certainly alleviate cash flow problems felt throughout the industry,” Grenier wrote in a McMillan Litigation Bulletin, co-authored with Jason Annibale and Jeremy Rankin.

“The Government should be commended for listening to the many pleas from the construction industry to do just that.

“But we are not quite out of the woods just yet. Cash flow problems may still remain where an owner finds a lien on title,” the lawyers wrote. “In that circumstance, an owner can only safely release holdback once the lien is “satisfied, discharged or otherwise provided for”, which typically requires owners or contractors to vacate the lien by posting security with the court.

“But vacating a lien requires a motion, and right now the court is generally only hearing urgent motions where “immediate and significant financial repercussions may result” or that are otherwise deemed necessary and appropriate to be heard. Parties will accordingly have to convince a “triage” judge that their vacating motion should be heard.

“Parties looking to vacate a lien should speak with their counsel about how best to demonstrate the urgency of their motion. Given the Government’s now demonstrated intention to allow money to flow down to contractors and suppliers alike, it is hoped that courts will also agree to hear motions to vacate liens to help do just that.”

In his memo regarding limitations, Downey also wrote that “the amendments to the order also address the Niagara Escarpment Planning and Development Act.”