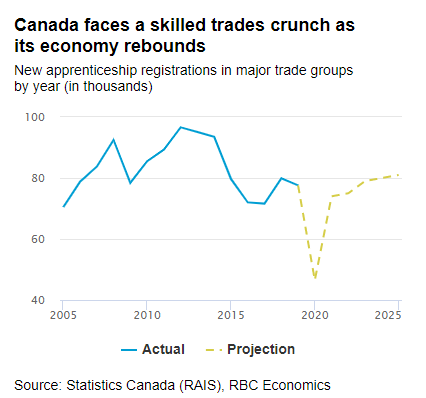 In a virtual “Summit on Workforce Development,” in early January, the OSTA brought together skilled trades representatives from across Ontario to discuss labour shortages. 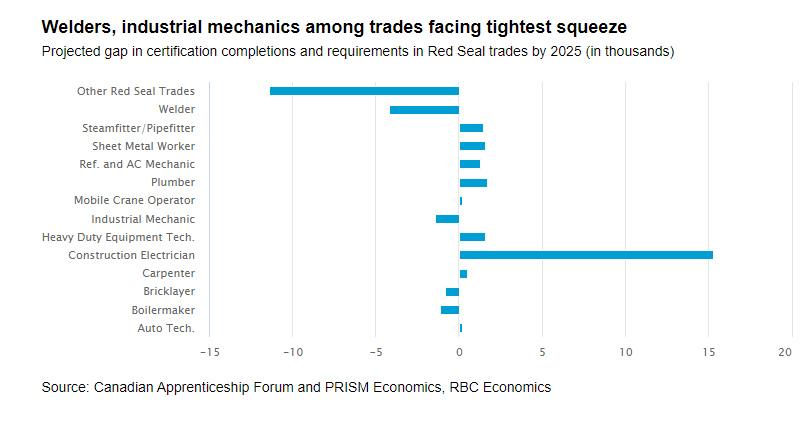 Several resolutions were passed at the meeting, including:

According to Powering Up: Preparing Canada’s skilled trades for a post-pandemic economy, a recent report by RBC Financial, Canada is falling short of its goal to bring in 3,000 skilled tradespeople annually through immigration, admitting 2,365 such newcomers in 2019 through the Federal Skilled Trades Program. 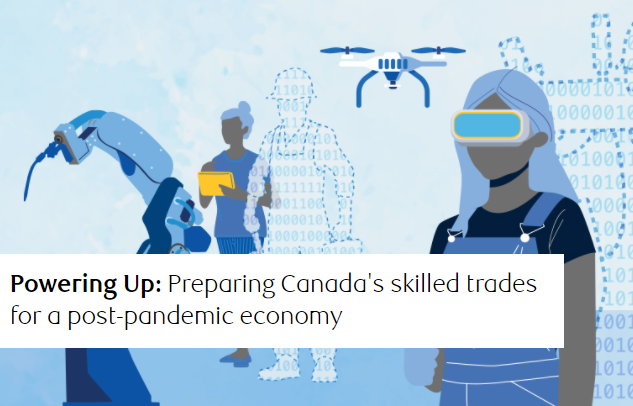 “Attempts to attract young people, women and immigrants to the field have repeatedly fallen short, leaving many trades unable to replenish vacancies left by retiring workers,” the report said.

The Canadian Apprenticeship Forum estimates Canada will face a gap of more than 60,000 registered apprentices by 2025, after new registrations plunged 37% last year.

“Canada will feel the pain of these shortages more acutely. In the next five years, the country will confront a shortfall of at least 10,000 skilled tradespeople just in the 56 high-demand Red Seal trades—and the deficit could be 10 times bigger when the 250 provincially regulated trades are included.”

Shortages will be particularly severe among industrial mechanics, boilermakers and welders.

Key points in the RBC report:

Founded in 2011, OSTA is a coalition which represents more than 130,000 tradespeople employed by nearly 8,000 employers in the construction service and motive power sectors across the province. It aims to deliver to government and affiliated parties a consensus opinion of employers on matters related to skilled trades.