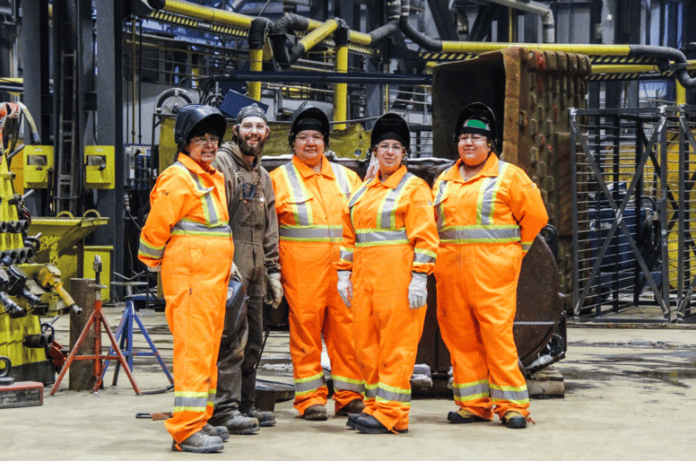 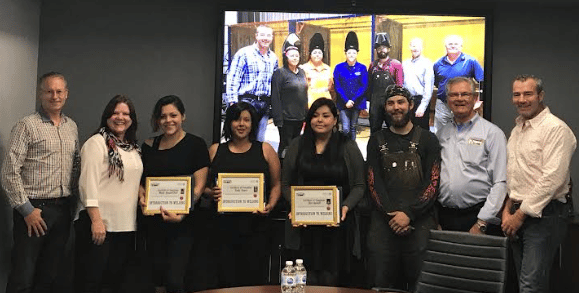 “There was some critical learning we needed to do to accommodate cultural differences,” said the 100-employee company’s business optimization lead Jamie Pouw. “We needed a bit of a shift” to balance cultural obligations with production demands.

He said the Indigenous women trainees, five of whom were ultimately hired full time at the mining services shop, are expected to perform at the same level as anyone else after allowing for any adjustment to the structured and supervised environment of the workplace. 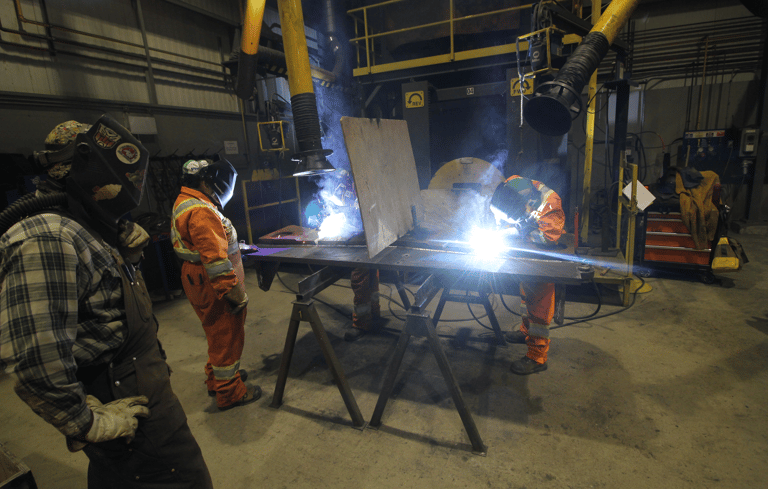 For the company’s part, its employees were urged to understand that indigenous people, particularly elders, have cultural commitments such as the obligation to pursue subsistence hunting during the fall hunting season.

That’s not favoritism, staff were told but it did mean that the women might not be available for certain shifts two or three weeks at a time Pouw said a presentation was made to the entire workforce to discuss the challenges indigenous people face in Canada. 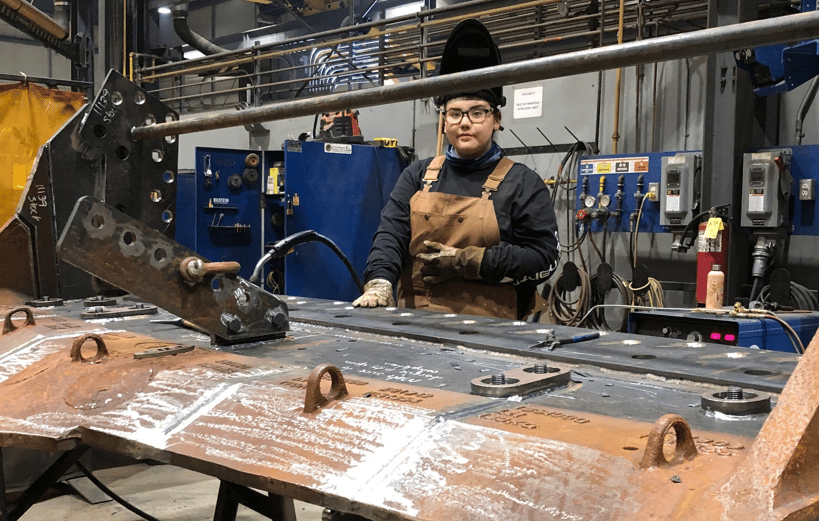 The presentation suggested that the new workers were to be treated as any other member of the staff; to be included in lunchtime gatherings, to share their life experiences and aspirations, to be treated with sensitivity but without an inordinate fear of offending. Pouw said the message was very well received.

And while the program has been paused, it may emerge in a new format that would see mining clients refer training candidates directly, with the candidates to also include indigenous youth and men. So far, The Bucket Shop has trained 45 indigenous women as welders, with some finding work in the mines and others pursuing apprenticeships toward Red Seal certification, an endorsement that says they practice their trade according to the highest national standards.

The Bucket Shop program began when the company was approached by Keepers of the Circle, a group that provides social services, education and collaborative training to indigenous women in Northeastern Ontario.

A provincial representative of the Native Women’s Association of Canada, the group suggested that offering in house training to indigenous women would create a new, badly needed skilled labour force while introducing the women to skilled trades careers.

The Bucket Shop then condensed the program into an eight-week introductory welding course focused on practical lessons taught on the shop floor by a staffer recently graduated from a local college.

After all the women passed the course in the first year the company added intermediate and advanced training, with the class cohort expanded to seven students from four.

All of the trainees again passed their CWB licensing test on the first attempt.

Pouw said the 100 per cent success rate in earning CWB accreditation required to weld on structures that fall under building code jurisdiction is especially impressive given that the women had little if any exposure to welding — and since some of the training is highly specialized for work on steel equipment such as buckets and truck box assemblies used in extraction, and other industries.

“Some of the stuff we build is enormous,” he said. “They’re some of the biggest pieces of equipment that operate in the world.”

The program flourished, Pouw said, because it offers a mutually beneficial arrangement — for miners in need of skilled welders and millwrights — and for indigenous women vastly underrepresented in northern industries that occupy indigenous land.

He added that companies exploiting such land in Ontario have a legal obligation in addition to revenue sharing to offer the opportunity for training and jobs to indigenous people.