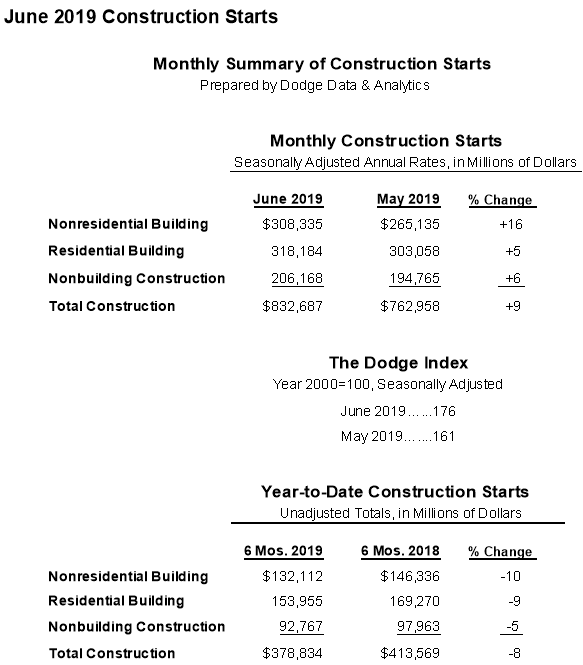 Here are some international stories to help put Ontario’s construction environment in perspective.

Australia’s construction industry, which is currently facing a troubled period, is set to regain growth momentum from 2020 on the back of a range of major infrastructure development programs and projects, according GlobalData, a data and analytics company.

GlobalData’s report, ‘Construction in Australia – Key Trends and Opportunities by State and Territory to 2023’, reveals that Australia’s construction industry’s output value, measured at constant 2017 US dollar exchange rates, declined from US$171.6 billion in 2017 to US$165.3 billion in 2018, reflecting a sharp drop in activity in the oil and gas sector as major projects were completed.

According to the report, the industry is expected to remain weak in 2019, contracting by 2.4% in real terms, an outturn that partly reflects a lull in activity in the construction of major energy projects but also a downturn in the residential sector.

Highlighting the gloomy outlook for the residential sector, the total number of dwelling units approved in the country decreased by 22% year-on-year in the first four months of 2019, according to the Australian Bureau of Statistics (ABS), following declines of 5.8% in 2018 and 4% in 2017.

“Australia’s construction industry will regain growth momentum from 2020,” Richards says. “The improvement will be driven by investments in transport infrastructure, with the government planning to invest US$58.9 billion to develop the country’s transport infrastructure by 2027–2028. Commercial and industrial projects and an improvement in consumer and investor confidence will also provide support, offsetting the downturn in residential construction.”

The UK government has revealed it is kicking off negotiations to set up a built environment sector deal.

In a letter to Bill Hughes, head of real assets at Legal and General, then-housing minister Kit Malthouse and construction minister Andrew Stephenson, said the government is opening formal negotiations with the sector.

The pair said: “We appreciate the sector’s tenacity and vision for how industry collaboration can support government objectives and drive the future of the built environment sector.

“Formal negotiations will be shaped by the sector bodies, taking in views of their members over the coming months.”

Malthouse and Stephenson said the negotiations would focus on how to build more homes, as well as improving the quality of new builds by increasing the uptake of offsite construction in housing.

The pair also said the sector’s productivity will be one of the areas for negotiation.

The announcement happens about a year  a year after the government revealed the Construction Sector Deal which aims to transform construction through the use of digital building design.

New construction starts in June advanced 9% from the previous month to a seasonally adjusted annual rate of $832.7 billion, according to Dodge Data & Analytics.  The increase followed the 10% gain reported for May, as total construction starts continued to strengthen following April’s subdued performance.

By major sector, much of the lift in June came from a 16% jump for nonresidential building, which reflected the start of the $1.1 billion expansion to Terminal 5 at Chicago’s O’Hare International Airport, as well as sharp gains for office buildings, public buildings (detention facilities and courthouses), healthcare facilities, and warehouses.

The other two major sectors registered moderate growth in June, with nonbuilding construction up 6% and residential building up 5%.

“On balance, the pace of construction starts has been sluggish so far in 2019, as activity has been generally lower than the healthy amount reported during the first half of 2018,” Robert A. Murray, chief economist for Dodge Data & Analytics, said in a statement. “The improved activity during May and June suggests that the gap relative to last year should narrow in coming months.”

“Several features of the first half of 2019 stand out, as shown by the construction start statistics,” Murray said. “For nonresidential building, the commercial and institutional building segments have stayed close to their 2018 amounts, but manufacturing plant construction has not seen the same number of very large projects that were reported last year.  For nonbuilding construction, electric utility starts have witnessed renewed growth after several years of decline, but public works construction was generally lackluster in early 2019 and the dollar amount of new pipeline projects is down considerably from last year.