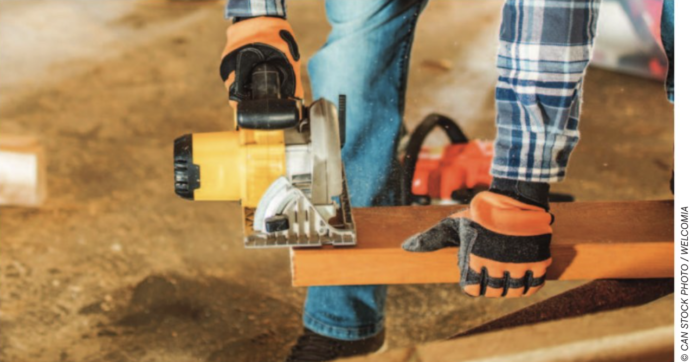 One year into the pandemic, the country’s job market is 599,100 jobs short of where it was in February of last year, or 3.1 per cent below pre-pandemic levels.

The shortfall is higher for young workers at 10.2 per cent, with young women between the ages of 15 and 24 the most affected group through this pandemic.

Overall, the gain in February almost wiped out the 266,000 jobs lost over the previous two months, as lockdowns from December and January lifted in much of the country.

Almost all the job increases were among low-wage and part-time workers in areas like retail and accommodation.

The Conference Board of Canada noted the reopening of many retail outlets, mainly in Quebec and Ontario where lockdowns were particularly strict, brought back 122,300 jobs in February after losses of almost 168,000 jobs in January.

Here are the jobless rates last month by province (numbers from the previous month in brackets):

“Employment in Ontario increased by over 100,000 in February. In the last nine months Ontario has regained over 829,000 jobs overall, including 27,000 more men and women working in our manufacturing sector,” said Vic Fedeli, minister of economic development, job creation and trade.

“Despite these positive numbers, thousands of workers, families and businesses — individual Ontarians, not simply numbers in a statistics report — continue to feel the impact of the global pandemic.”

The Ontario government has provided more than $1 billion in Ontario Small Business Support Grant payments over the past year. Nearly 100,000 businesses have received a minimum of $10,000 and up to $20,000 in support after having to close or significantly restrict their operations due to the province-wide shutdown. Applications remain open until March 31.

“Our government is also providing $600 million for property tax and energy cost rebates to support businesses required to close or significantly reduce services because of public health restrictions,” Fideli said.

“In addition, we recently expanded the number of small businesses that can apply for the Main Street Relief Grant to help offset the costs of purchasing personal protective equipment (PPE),” he said in a statement. Small businesses with two to 19 employees in all eligible sectors — expanded from two to nine employees — including those in the arts, entertainment, and recreation sector, businesses can now apply for up to $1,000 in financial support.

Vaccines are the light at the end of the tunnel, Fideli says, adding that 1.1 million people in Ontario have received at least one dose.

“At the same time, we will continue to rely on our business owners to help pull us through these tough times with their innovation, strength, and resilience, demonstrating the best of the Ontario Spirit. By working together, we will defeat this terrible virus, restart the job creation engine of Canada, unleash the economic growth that will secure our recovery, and lay the foundation for a prosperous future.”