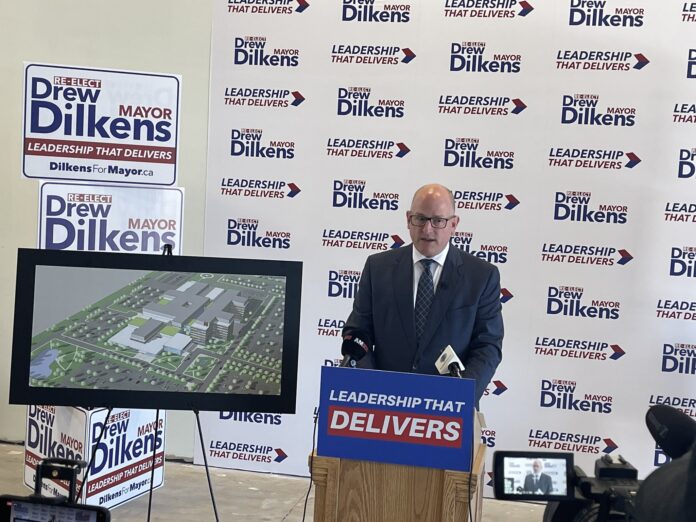 Drew Dilkens says the upcoming municipal election will determine the fate of a new hospital project in the Windsor area.

“This municipal election is the inflection point in whether this project proceeds.”

The current mayor, who is running or re-election was and five members of the current council held a news conference to recommit their support to the hospital construction project, warning that six people elected who are opposed could stop the project.

“After years of uncertainty, the provincial government finally delivered the $10 million needed to undertake the planning and design of the new regional acute-care hospital,” Dilkens said. “That took three years of advocacy and a united front of mayors across Windsor and Essex County.

The new mega-hospital is planned for a site at the southeast corner of County Road 42 and Concession Road 9. Construction is expected to take about four years.

The next challenge, according the mayor, is to secure over $2 billion in capital funds from Queen’s Park.

“Windsor needs a mayor that is firm about our city’s health-care needs, we just can’t risk losing momentum on this vital project.”

The hospital project has been delayed at least two years by groups opposed to the location, however, the city won the battle in court earlier this year. Dilkens said he is concerned that CAMP, an opposition group, has attracted municipal candidates to the race who are prepared to reject the hospital construction.

“This election for Chris Holt and for several other councillor candidates is about killing the hospital project because they are still don’t like the location,” Dilkens said.

The municipal election is on Oct. 24. 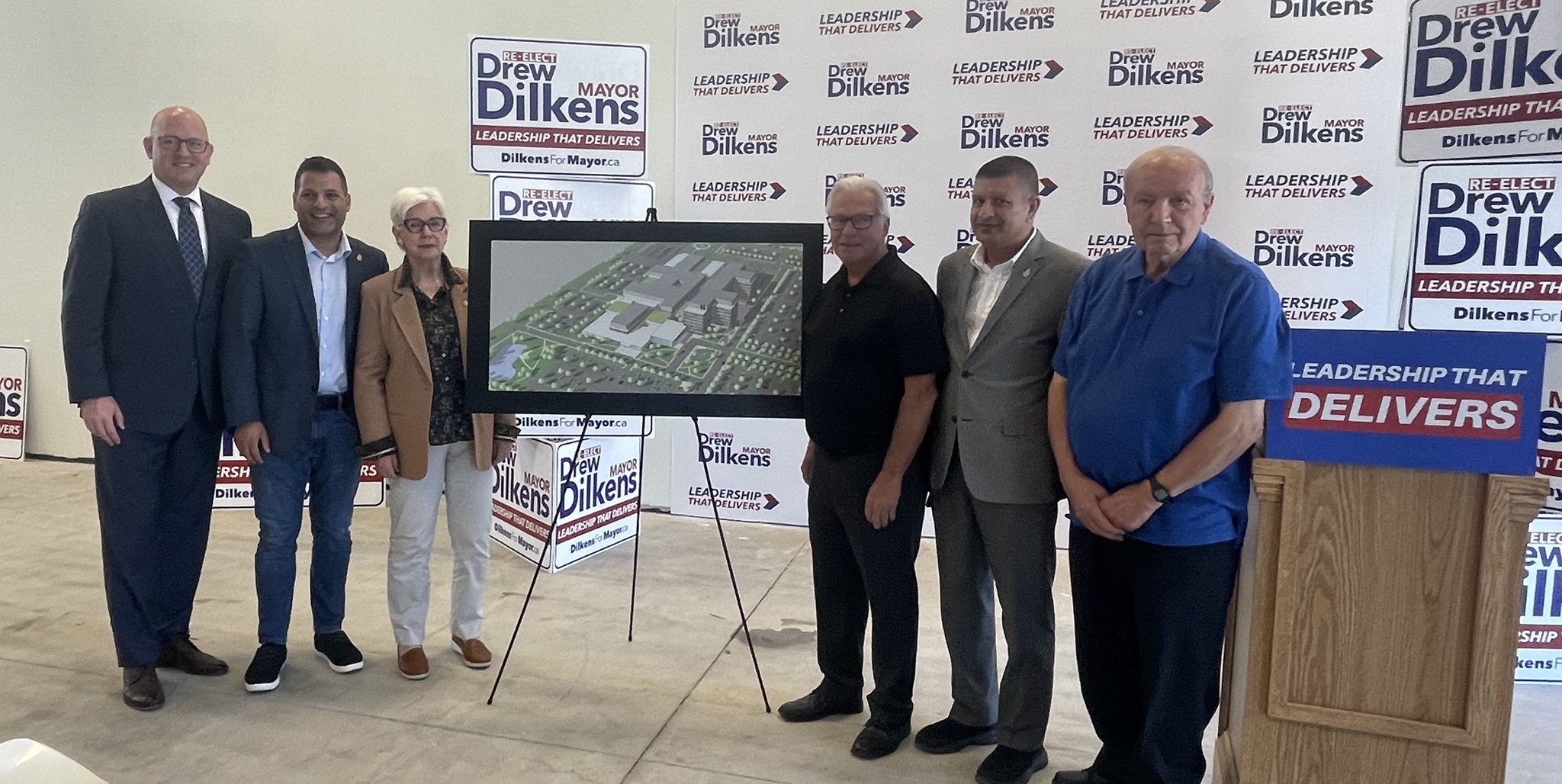