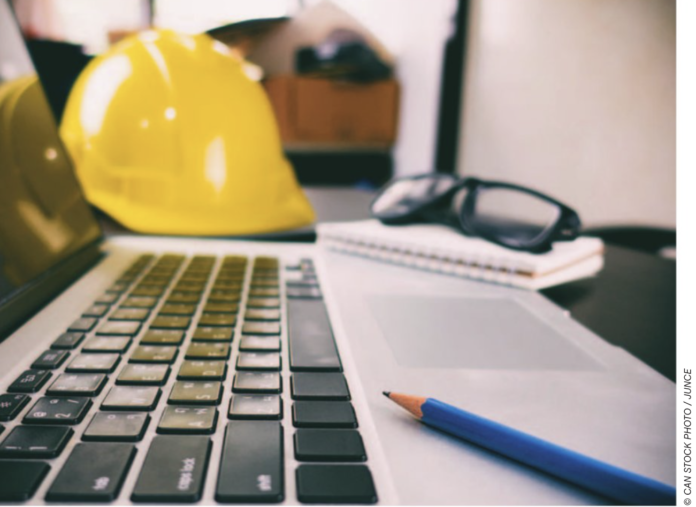 A research report for the Residential Construction Council of Ontario (RESCON) indicates there are many benefits associated with e-permitting systems, but Canada still has a lot of ground to make up when it comes to investing in digital development approval platforms.

While the U.K. and countries like Australia, Singapore and South Korea have forged ahead with digitized systems, Canada still favours conservative technology solutions over innovative ones, which leads to inadequate growth in much-needed physical and digital infrastructure, according to the research.

“The findings of this report show that we need to step up our game and improve the development approvals process by coming up with guidelines for a province-wide digital e-permitting system that is standardized and could be used by all 444 municipalities across the province to ensure everybody is on the same page,” says RESCON president Richard Lyall. “The construction industry is a major driver of our economy and we need a faster and more streamlined development approvals system.”

The report, titled Streamlining the Development Approvals System in Ontario: Modernizing, Digitizing and E-permitting, was compiled by Kimberly Mahadeo, a McMaster university student interning at RESCON. It found that Canada’s complex regulatory system has been deemed as one of the most prominent deterrents of foreign investors in Canadian projects, and the leading barrier to global competitiveness. Redundant procedures and lengthy timelines also lead to unnecessary administrative burdens, ultimately resulting in an inefficient approvals system, the research found.

In Ontario, obtaining a site plan approval from municipal authorities almost always exceeds the established 30-day timeline, taking up to 180 days on average, the report states, and the entire approval process takes an average of 249 days, almost 100 days more than the average in other OECD countries.

“The supply of new homes being built across Ontario and the GTA is clearly not enough to meet demand,” says Lyall. “The province needs to build 75,000 new homes per year over the next 24 years to keep up with expected population growth but is short 12,000 units per year on average. Regulatory systems need to be adapted so builders are not waiting extraordinary amounts of time for approvals.”

A report  for RESCON by the Canadian Centre for Economic Analysis indicated that an additional 33,100 homes could be built in Ontario above and beyond current baseline trends over the next five years if the development approval processes were reduced by six months. That would also support 40,500 jobs and an additional contribution of $4.5 billion to the economy annually by 2025.

Earlier this year, RESCON teamed up with industry stakeholders on an initiative called One Ontario that was launched by AECO Innovation Lab. The venture is developing guidelines for harmonized data exchange standards that will set the stage for a fully digitized and harmonized e-permitting framework that could be adopted by the municipalities in Ontario and speed-up approvals.

The hope is that the One Ontario initiative will be the first stride towards modernizing and standardizing the approval process across Ontario’s municipalities, thereby expediting existing timelines, increasing efficiency, and promoting transparency of the current approvals system.