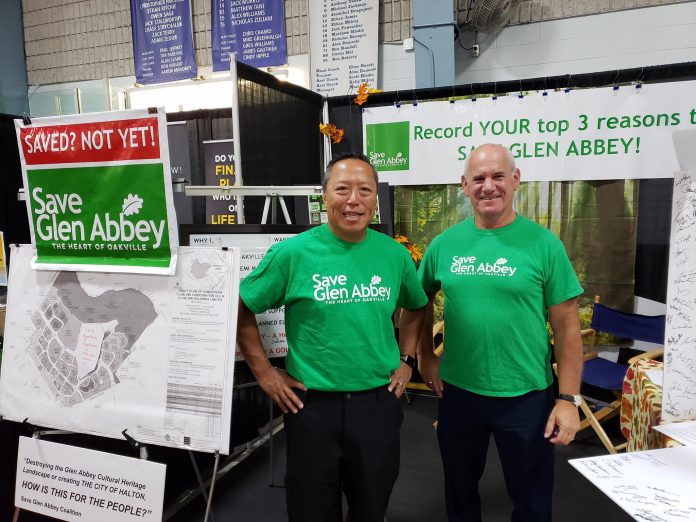 Oakville’s Glen Abbey Golf Course is one step closer to demolition, after an Oct. 23 Ontario Court of Appeal ruling.

ClubLink, Glen Abbey’s owner, is hoping to demolish the renowned golf course, which regularly hosts the Canadian Open, and build 3,222 residential units at the 1333 and 1313 Dorval Dr., site, including nine apartment buildings between nine and 12 storeys in height.

Town staff have said this proposed development is inappropriate for this location, noting it would essentially turn the Glen Abbey Golf Course into an unplanned growth area.

The ruling comes after the town tried to block ClubLink from appealing an earlier decision to the Local Planning Appeal Tribunal (LPAT).

The golf giant then appealed this matter to the Superior Court of Justice and a hearing took place July 16 and 17, 2018. Justice Edward Morgan ruled that ClubLink had the right to take its demolition application for Glen Abbey to LPAT.

Oakville council voted unanimously to appeal this decision to the Court of Appeals for Ontario – resulting in the Oct. 23 decisions.

On the same day, the Justice struck down the town’s conservation plan and related bylaws for Glen Abbey Golf Course that were passed by council on Jan. 30, 2018.

“The conservation plan regulates Glen Abbey to such a degree that it has the effect of compelling the provision of the service of operating a golf course,” she said in her ruling.

“In order to comply with the conservation plan, ClubLink has no practicable option but to continue to operate the golf course as it currently is and minor changes to its course are subjected to town approval.”

Council can decide to appeal the decision to the Supreme Court of Canada, but a decision has not yet been made.

ClubLink representatives have responded that they are currently reviewing the court’s decisions to determine the implications.

Glen Abbey was designed by golfing legend Jack Nicklaus and is arguably Canada’s most famous course. Oakville also says Glen Abbey has important historical value and council has passed a bylaw designating the landmark course as having cultural heritage value.

“The quality of the golf course and its connection to the Canadian Open have been important in defining the character of this community and giving it a distinct place within the larger Toronto metropolitan area and beyond,” the bylaw states.