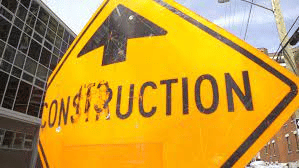 Chiarelli made the announcement in a Sept. 8 press release, saying new road construction funding would be redirected to the budget for repairing Ottawa’s existing roads.

“As mayor I would put a halt to all NEW road construction and shovel the savings into repairing the deplorable condition of the city’s existing roads,” he said. “The roads in Ottawa are in as bad a shape as the city’s finances. Both need to be fixed.”

Under Chiarelli’s plan, all existing contracts would be honoured, but no new road construction projects would be awarded.

“I have travelled thousands of kilometres in this city from Corkery to Cumberland over the past year,” Chiarelli said in the news release. “The condition of our road network has never been in such desperate condition. You need a four-wheel drive or an all-terrain vehicle on some of them.”

Projects that would be cancelled include the twinning of Airport Parkway and the Alta Vista Parkway.

Chiarelli noted the City of Ottawa’s debt tripled in the past decade to more than $3.5 billion, and the borrowing costs have doubled over that time to $240 million a year, the candidate is also promising a property tax freeze and a return to 2022 spending.

“It makes no sense to build new roads while many in this city are unpassable,” Chiarelli noted. “It’s time to stop speaking platitudes about roads and start taking real action.

“It makes no sense to prioritize new road infrastructure when we are investing billions into LRT and targeting net-zero GHG emissions,” he said, adding that he wants to divert parking revenues and red light/photo radar fines to the road infrastructure budget.”