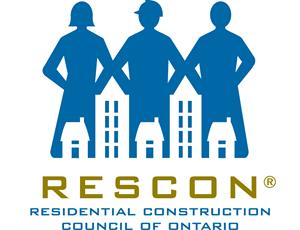 The Residential Construction Council of Ontario (RESCON) is supportive of a five-point re-election plan announced by Toronto Mayor John Tory today that takes aim at the housing supply shortage and is geared to speed-up approval times and get homes built faster.

“The escalating housing crisis has been detrimental to the public interest on many levels,” says RESCON president Richard Lyall. “There is a need for bold action and initiatives to get much-needed housing built faster in the City of Toronto. Significant systemic changes are necessary, and this announcement commits to move in that direction. The Strong Mayors, Building Homes Act proposed by the province will give the mayor powers to implement many of the points in the plan.”

RESCON is particularly supportive of the mayor’s plan to expand housing options by permitting “missing middle” housing and allowing greater mid-range density on major roads in areas served by transit as well as his proposal to cut red tape and speed up approval times by creating a development and growth division at city hall that will tackle the slow approvals process and simplify the system to get housing built faster. The new city department is vital if we are to see the streamlining of all building approvals that is so desperately needed.

RESCON has been fighting for changes to restrictive land use policies and the commitment to more missing middle housing begins that process. We are also pleased that the plan includes incentivizing the construction of purpose-built rental housing by reducing fees and charges as well as prioritizing the applications.

“Purpose-built rental is the first type of housing most newcomers to the city seek,” adds Lyall. “The commitment to make it easier for developers financially to build purpose-built rental is a RESCON priority and the mayor’s platform will move the yardsticks towards achieving that goal. The Port Lands area alone can and should accommodate higher density housing up to 50,000 units, twice the amount noted.”

RESCON is still concerned, however, that government taxes, fees and levies on residential construction in Toronto remain the highest in North America. A CMHC insight report found that if government charges along were removed, the cost of a dwelling in Toronto would be 10-to-24-per-cent lower.