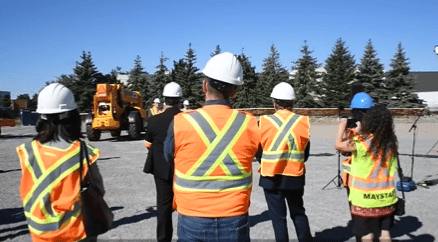 The Residential Construction Council of Ontario (RESCON) welcomes progressive changes that were announced by Municipal Affairs and Housing Minister Steve Clark to tackle the housing supply crisis and speed up construction of much-needed new stock.

“The More Homes Built Faster Act will reduce bottlenecks, streamline development approvals and increase the pace of residential construction across Ontario,” RESCON president Richard Lyall said in a statement. “Specific reforms in the plan, such as changes to development charges, allowing more homes to be built near transit, and updating heritage conservation rules will help move the needle on housing.”

The housing bill was announced at a Toronto Region Board of Trade luncheon on Tuesday, part of the government’s commitment to build 1.5 million homes over the next decade. Premier Doug Ford also attended.

The legislation proposes new tools to promote development and intensification across the province, such as removing site plan control requirements for projects with less than 10 units, identifying more land for housing, and leveraging MZOs, if needed, to speed approvals and get homes built faster.

“RESCON appreciates that the government is taking bold and decisive action to deal with the situation through this and previous pieces of legislation aimed at boosting supply and reducing red tape,” Lyall stated. “These changes are necessary as Canada presently ranks 34th out of 35 OECD countries in the length of time it takes to get a general construction project approved, and 64th out of 190 by the World Bank on construction permitting.

“The state of our housing supply requires systemic change.”

Studies have found that the cost of delays in site plan reviews is $300 to $900 million a year. For each unit in a typical high-density development, each month of delay adds $2,600 to $3,300 in construction costs.

“The steps announced today are the kind of actions that are necessary to deal with the housing crisis. We thank Premier Ford and Minister Clark for having the courage to take action,” says Lyall. “We must pull out all the stops to speed up residential construction because our population is growing, and lack of housing is a critical issue. The residential construction sector is ready to do its part.”