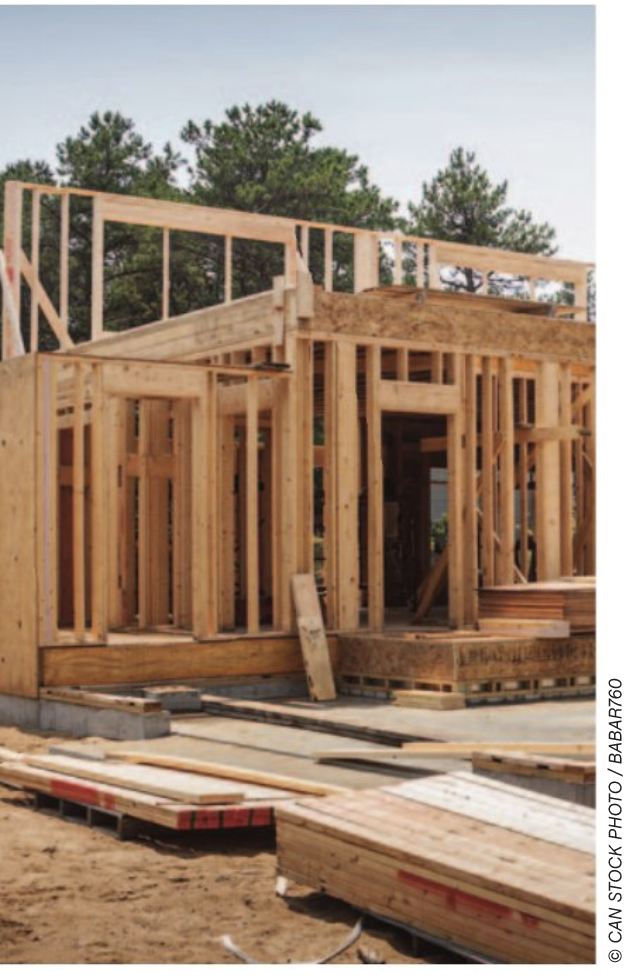 When COVID-19 first appeared on the scene last winter, it resulted in a lockdown that lasted through the spring and into the summer, with numerous businesses and sectors deemed non-essential required to close their doors.

The construction industry was excluded from the list of sectors deemed non-essential, and proceeded to have a pretty good year in terms of housing construction, resales, and renovations.

According to data from the Ontario Home Builders’ Association (OHBA), the number of new starts from January to December last year totalled 78,916. December numbers aren’t available yet from the Canada Mortgage Housing Corporation (CMHC), but even without them it’s still an increase from the 67,864 starts for all of 2019.

The dawn of 2020 arrived with high expectations for Ontario builders, with the economy booming and a provincial government committed to cutting red tape, says Joe Vaccaro, CEO of the OHBA. Queen’s Park had signalled that a million new homes would be needed in the coming decade, and builders were rising to the challenge.

“Across Ontario, members were launching new communities, providing new housing supply and choice. But we all know what happened on March 17. Ontario declared a State of Emergency in response to the pandemic and shifted resources to respond,” says Vaccaro.

By May 19, all construction in the province was allowed to proceed. The association, he continues, developed a plan that gave the government the confidence that residential construction could proceed safely during the pandemic. And proceed it did.

“Respecting the necessary rules, OHBA went to work, establishing the health and safety protocols needed to keep job sites open and members working so that they could deliver keys to the thousands waiting to be homeowners,” says Vaccaro.

Stats from the Municipal Property Assessment Corporation (MPAC), which assesses new homes once they have been completed and occupied, also shows an increase in 2020 from the previous year.

The resale of housing also recorded a banner year in 2020, with the Canadian Real Estate Association (CREA) saying sales across the country were up 47.2 per cent in December, compared to the same time the previous year, largely driven by increases of more than 20 per cent in the Greater Toronto Area (GTA) and the Vancouver region.

The average home price jumped 17 per cent to just more than $607,000, an increase of 17.1 per cent from December 2019. The number of sales in Canadian housing markets increased for six continuous months through to December, with that month witnessing the biggest annual spike in monthly sales seen in 11 years.

“It’s official, despite all the challenges, 2020 was a record year for Canadian resale housing activity,” stated CRA chair Costa Poulopoulos.“While momentum continues into 2021, surging COVID cases and a return to April-like lockdowns in some provinces means we’ll be revisiting some of those virtual technology solutions to process deals in the first few months of the year. Hopefully we’ll have the current wave more under control by the time the spring market rolls around, which is shaping up to be a very active one.”

“With people spending more time at home this year, we saw an increase in building permits as people invested in making improvements to their homes,” said Carmelo Lipsi, MPAC’s vice-president and Chief Operating Officer.

“We reported over 50 per cent increase in the total assessed value of renovation permits in 2020 compared to 2019, with over 19,529 permits completed, an increase of over 30 per cent compared to the previous year.”

When reviewing the year, an analysis may say it didn’t live up to pre-pandemic expectations, but it ended better than it might have.