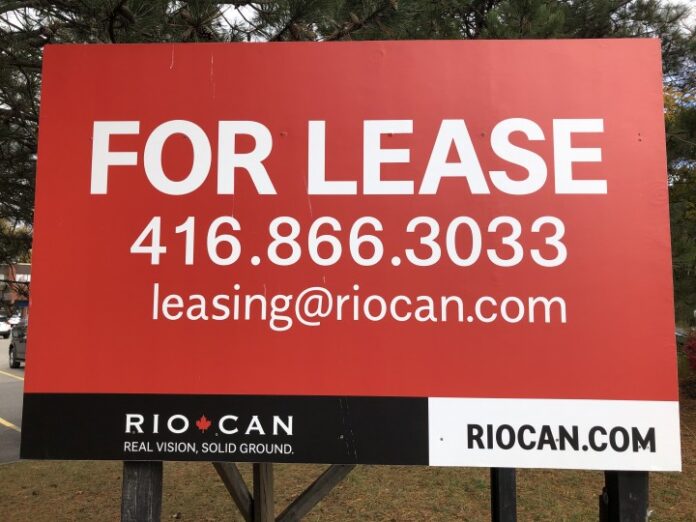 Demand for space in prime office towers and shopping malls has plunged because the pandemic suddenly turned them into places that customers and tenants “don’t even want to go to,” RioCan Real Estate Investment Trust’s veteran chief executive said Tuesday.

“Unfortunately … everything that was accepted wisdom in the real estate business only eight months ago has been turned on its head, even in the face of record low interest rates and massive government spending,” Edward Sonshine told analysts on a conference call.

Another formerly “bulletproof” segment of the industry — multi-unit residential rental properties — is also being questioned due to government freezes on rents and evictions, Sonshine said.

An exception to the gloom, Sonshine said, has been strong demand for new condo developments and single-family residences.

Sonshine said RioCan fared better during the third quarter than he expected it would and credited the work of RioCan management, led by Jonathan Gitlin, who becomes chief executive April 1. Sonshine, who announced on Oct. 21 that he’ll retire as CEO in March after nearly three decades, will become chairman of the board.

Gitlin told analysts on RioCan’s third-quarter conference call that rent collected from tenants, plus government subsidies, represented 93.4 per cent of billed rent for July, August and September and 91.9 per cent for October.

That compared with just 73 per cent in the months of April, May and June, as reported in July with RioCan’s second-quarter results.

“While we’d clearly prefer to report 100 per cent collection, as we’ve been able to do during the first 26 years of our operation, we’re pleased with the steady upward collection trajectory since April,” Gitlin said.

RioCan had estimated early in the pandemic that its overall property occupancy rate could fall to as low as 94 per cent by the end of 2020, but it had improved to 96 per cent as of Sept. 30 and it’s expected to be stable through to the end of the year.

But he said forecasts about coming trends are difficult to make without knowing how long new COVID shutdowns will be in effect. especially in the Greater Toronto Area and the Ottawa region — the biggest markets for RioCan.

“You know, there’s only so long that tenants can go without revenue before they start wanting to talk to their landlord,” Sonshine said.

RioCan said that as of the end of the quarter on Sept. 30, essentially all of its tenants were open and operating — compared with only 85 per cent as of July 28.

It said $14.4 million of the $60-million decline was due to pandemic-related provisions related to rent abatement and bad debts, while $48 million was due to higher net fair value losses.

All the key financial measures were an improvement from RioCan’s second quarter ended June 30, when it posted a net loss of $350.8 million or $1.10 per unit and FFO dropped to 35 cents per unit.

In July, RioCan said it would divest from brick-and-mortar apparel retailers in favour of grocery stores, pharmacies and e-commerce.

But Sonshine said Thursday that RioCan has decided to hold onto its traditional retail properties, which include shopping malls and plazas, and look for better opportunities.

“It’s a really slow market, in any event, because (I think) there’s so much uncertainty about the future of retail,” he said.