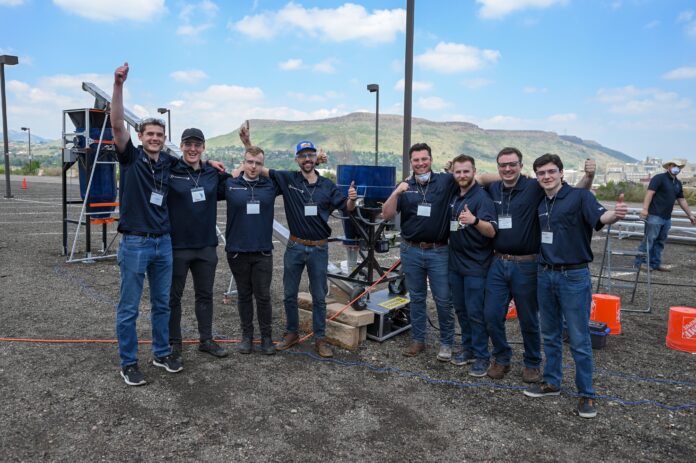 A group of Sudbury engineering students took top honours at an international competition that challenged them to design the best machine prototype to move dirt on the moon.

The “Laurentian Lunars” team beat competitors from the US, Germany, Poland, and Australia during the challenge hosted June 2-3 in Golden, CO, by the Colorado School of Mines. 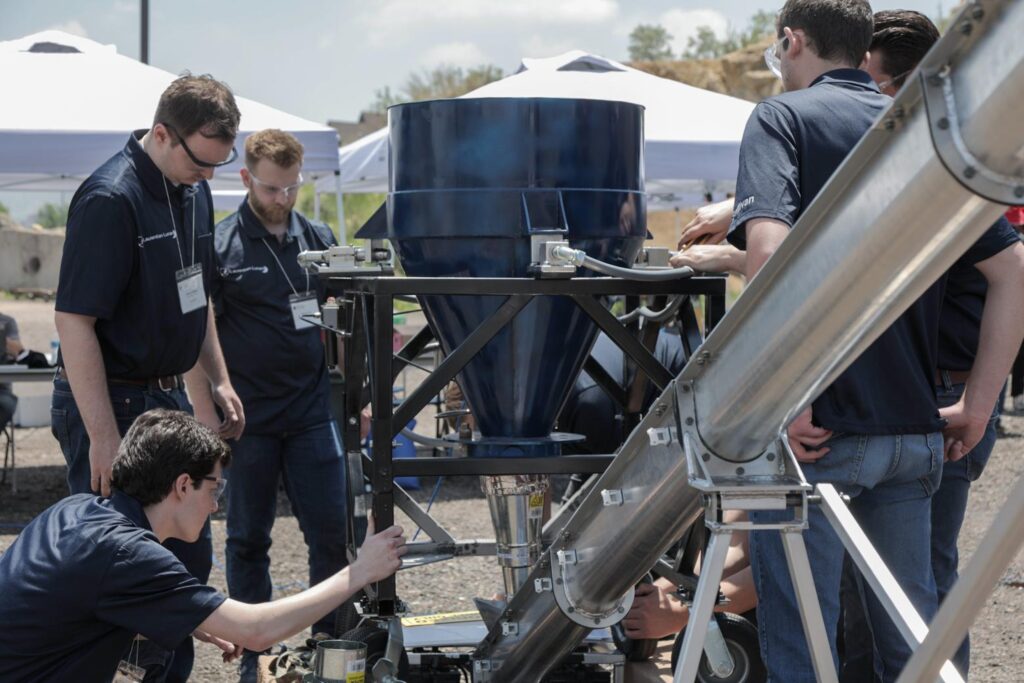 “We had a fantastic event with five teams from around the world running their systems over two days on the mines campus,” said Kevin Cannon, assistant professor of geology and geological engineering who is on faculty at the Colorado School of Mines’ Space Resources program.

“The winning team, Laurentian Lunars from Canada, had a flawless run and delivered all the required regolith in just over 10 minutes.”

“It’s no secret that Sudbury’s is a mining hub, and I think that’s the focus [that] Laurentian puts on their engineering programs, specifically in mining, sets them apart from other institutions,” he said. “Laurentian has a well-established history of succeeding in competitions like this, and that’s not only because of where we’re from, but also because of the support that our professors are able to provide.”

Teams presented their designs at the Space Resources Roundtable in Colorado on June 9.