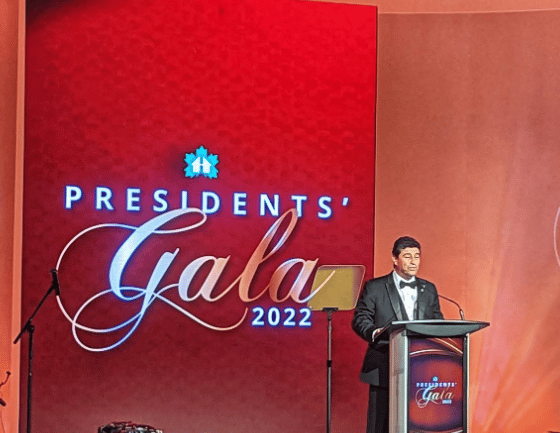 The Ontario Home Builders’ Association has named Sudbury homebuilder Louie Zagordo as its new president for the 2022-23 term.

Zagordo, owner and president at SLV Homes and past president of the Sudbury & District Home Builders’ Association, became the OHBA’s 54th president at the OHBA Annual Conference and Awards of Distinction in Niagara Falls on Sept. 19. He has more than 35 years of industry experience and has been recognized with regional and national awards.

After being  introduced to the building  industry by his father, Zagordo says master carpenter Caesar Mincone took him under his wing for many years and the mentorship provided skills that set the foundation for a lifelong career in construction. He also credits his father-in-law, Tony, for valuable techniques and skills needed to build homes.

Due to the pandemic, OHBA past president Bob Schickedanz served a three-year term to provide continuity.

“I cannot thank Bob enough for all he has given to the industry over the last three years,” Zagordo said.  “It is an immense honour and privilege to take over from Bob, and I know we will continue to count on his experience and insights in the years ahead.

“The association helped me grow my business when I was starting, and now, I’m President of the OHBA,” noted Louie. “It is an immense privilege to represent over 4,000 members across the province who build the homes and communities that Ontarians need.”