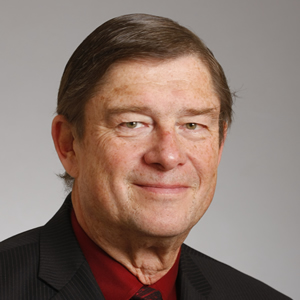 Fans of Arthur Conan Doyle and his character Sherlock will know what the 10 per cent solution is about. However, in construction, it has a slightly different meaning.

After substantial completion, it is contemplated that there is about 10 per cent of the project to complete, which includes commissioning, providing of documents and manuals, completion of deficiencies, and any other final work.

All of this is leading to the final completion. While there are the odd instances where certain work must be put off because it cannot be completed during the season in which the project has reached completion, such as landscaping, for the most part, we are always dealing with that last 10 per cent.

It is no surprise to anybody that for decades, this has been a major headache for everybody involved in the completion of a project, particularly so for owners who are looking for closure on their projects so that they can move forward and operate without having to continually chase down items.

There have been many efforts over the years to find ways to deal with this problem of completing that last 10 per cent. None have proven to be 100 per cent successful. Another attempt has just been made in changes to document CCDC 2, the contract between the owner and the contractor.

A new term was added: “Ready for Takeover.” This caused quite a bit of consternation amongst the industry and a great amount of discussion took place between the CCDC committee and members of the industry, facilitated by CCA. Results of that meeting were positive in the sense that a compromise may be ready to be unveiled in the new document. Will it result in a solution to the 10 per cent problem? Unlikely.

The failure of the industry as a whole to address this problem, which has become endemic in almost every project, has led to proposed solutions such as the additional holdback or maintenance holdback, which can be anywhere from 1 to 2 per cent and held back until final completion is reached.

The OGCA and a number of owners reached agreement on a supplementary condition whereby a sufficient amount of money would be held back, equal to the value of both the unfinished work and the necessary manuals, documents and commissioning that were due. Failure to complete that within a timely manner would result in that money not being returned and in fact, becoming a penalty.

Our experience has been, where that clause has been used in the last 10 years, complaints about this problem have dropped significantly. They have not gone away, but they have dropped.

The maintenance holdback solution has become problematic where generals have not withheld the money from their subtrades, therefore losing the leverage that might’ve occurred to help get them back to complete work.

But owners and consultants are not without blame either. Failure to produce timely deficiency lists, failure to approve change orders and change directives in a timely manner, constantly changing things at the last minute, asking to move in prior to completion or demanding that they move in whether we like it or not, has further complicated the ability to complete this last 10 per cent.

The solution to this problem is not simply to write more supplementary conditions, nor is it to continue to pass down responsibility from one group to the next. The best way is through a collaborative consultation between all of the stakeholders in a concentrated task force, set up to address this issue and work on a series of best practices and solutions that will work for everyone.

As an organization that has had a great deal of success working with others to achieve solutions for the industry, we are holding open the door to anyone who wishes to step up and help us create such a task force, and begin discussion on how we can really resolve this problem, once and for all.

We will be bringing this up at the next meeting with our partners – the Ontario Association of Architects (OAA) and the Construction and Design Alliance of Ontario (CDAO) – asking if there are members who would like to volunteer. If there are lawyers, owners or other stakeholders out there who would like to pursue this with us, please contact me at the OGCA offices.

Reprinted with permission from the OGCA’s weekly e-letter.  See www.ogca.ca for more information.