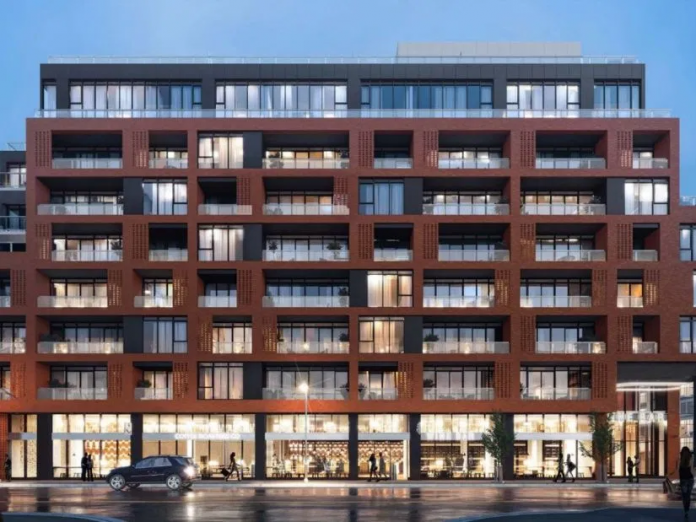 Toronto developer Urban Capital has filed a planning application with the City of Ottawa to build a nine-storey mixed use building on Bank St.

The site at 390 and 394 Bank had been occupied by the former James Street Pub and another building. It would be replaced by red-brick mixed development with 128 residential units.

The planned project includes decreased building setbacks and a greater height than zoning bylaws allow, and it is in a heritage conservation district, requiring extra levels of review and approval.

The developers say in filings they expect the work to be completed by 2023. Toronto-based RAW Design is the architect.

The Ottawa Citizen reports the project will, if approved, have 64 parking spaces for cars and 72 spaces for bicycles in an underground garage. There would be about 7,000 ft. of ground floor retail, with 55 one-bedroom and 73 two-bedroom units above.

While the planned structure is taller than allowed by the zoning bylaw, it would conform with the Centretown community design plan, which calls for building heights to be a maximum of nine storeys along the edge of Bank Street.