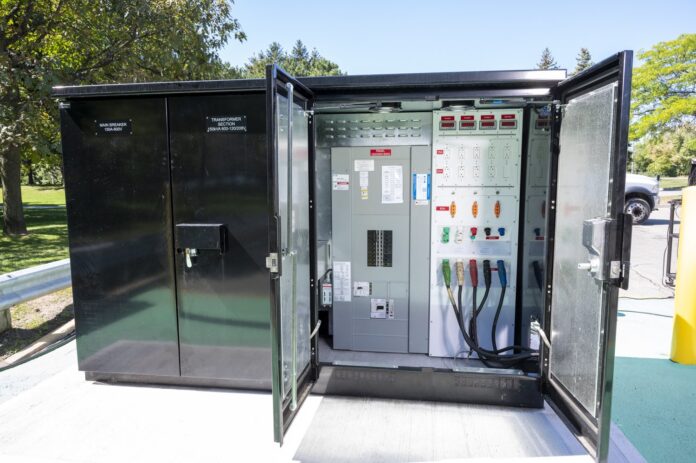 Power drops will help film productions reduce their reliance on diesel generators at these sites, which will help eliminate the carbon emissions they produce and improve air quality.

“Toronto’s film and TV sector has been growing at an expansive rate and as a city we want to see that continue,” Mayor John Tory said at the launch held at Ashbridges Bay. “During our most recent mission to Los Angeles to garner the interest of future productions and to strengthen relations with current partners, we heard from the industry about the importance of environmentally friendly ways to deliver power to film and TV sets.

“Today’s announcement is our answer to that call. Now through these two kiosks (is) meeting the needs of an industry that has been thriving. I want to thank all of our partners for making this possible and for helping us lead the way with this new and innovative technology.” 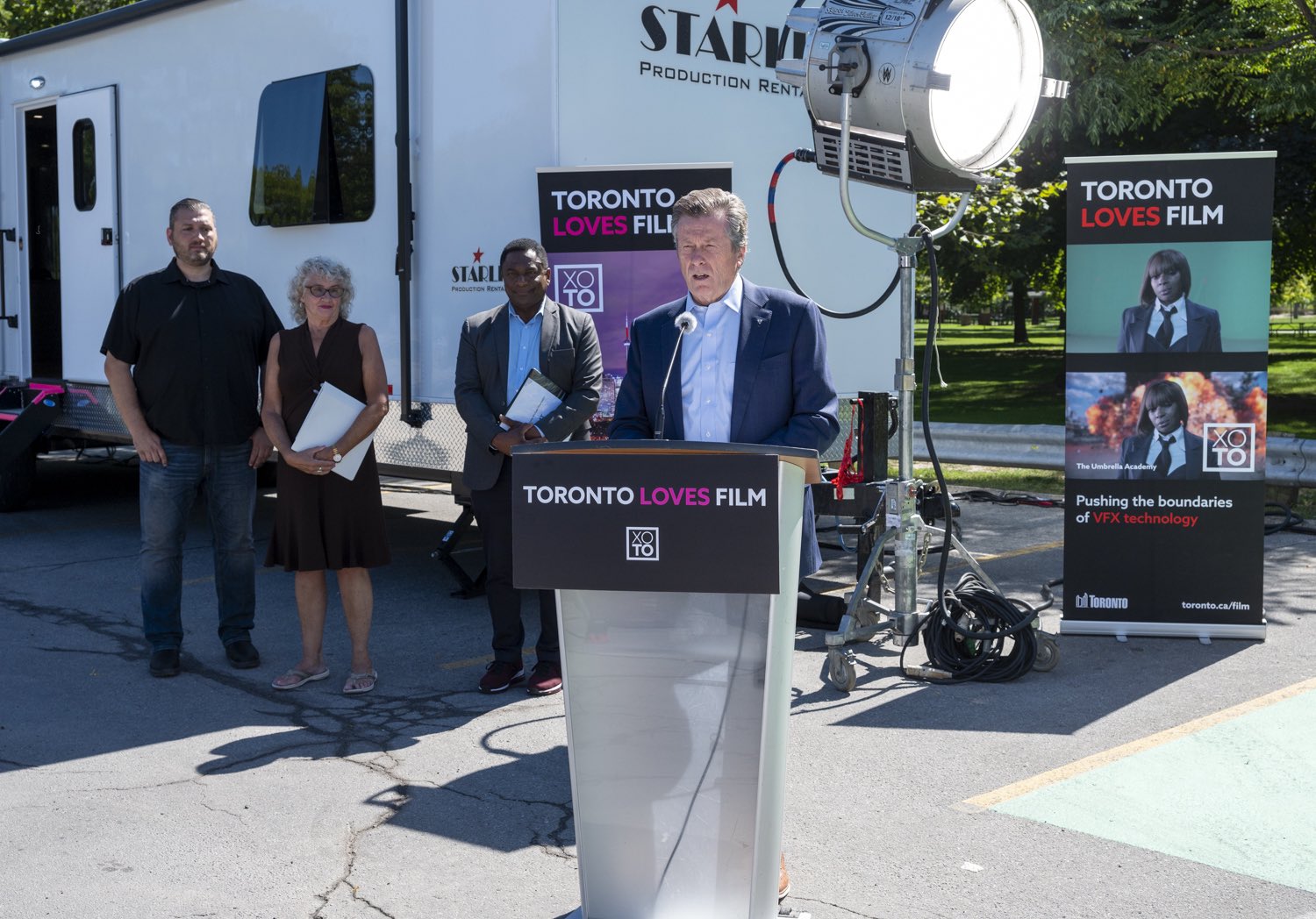 The filming locations were chosen because they have sufficient existing electrical service to supply the power drops, eliminating the need for the diesel generators customarily used by productions, creating a potential reduction of 400 tons of greenhouse gas (GHG) emissions per year, or the equivalent annual energy use of 45 homes.

The city partnered with Toronto Hydro to assess which locations had sufficient available grid-power and which would be most viable financially and logistically. In partnership with the Toronto Atmospheric Fund, GHG emissions reduction calculations were provided to quantify the project’s impact.

After a record-breaking year in 2021 with production growth topping $2.5 billion, Toronto’s screen production industry has added multiple new production facilities and studio space is expected to grow by 68 per cent between 2021 and 2025.

Council directed the City to move forward with the power drop pilot in May 2021.