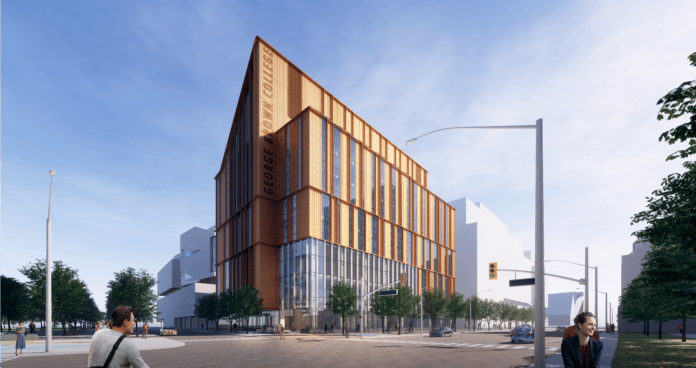 A mass timber building currently under construction in downtown Toronto has been shortlisted for a 2022 World Architecture Festival (WAF) award.

Limberlost Place, a 10-storey tall-wood, mass-timber structure, an addition to George Brown College’s Waterfront Campus, will be the first institutional building of its kind in Ontario.

Construction is underway at the corner of Queens Quay East and Lower Sherbourne Street, just north of the Daphne Cockwell Centre for Health Sciences. Limberlost Place is expected to be completed by September 2024. 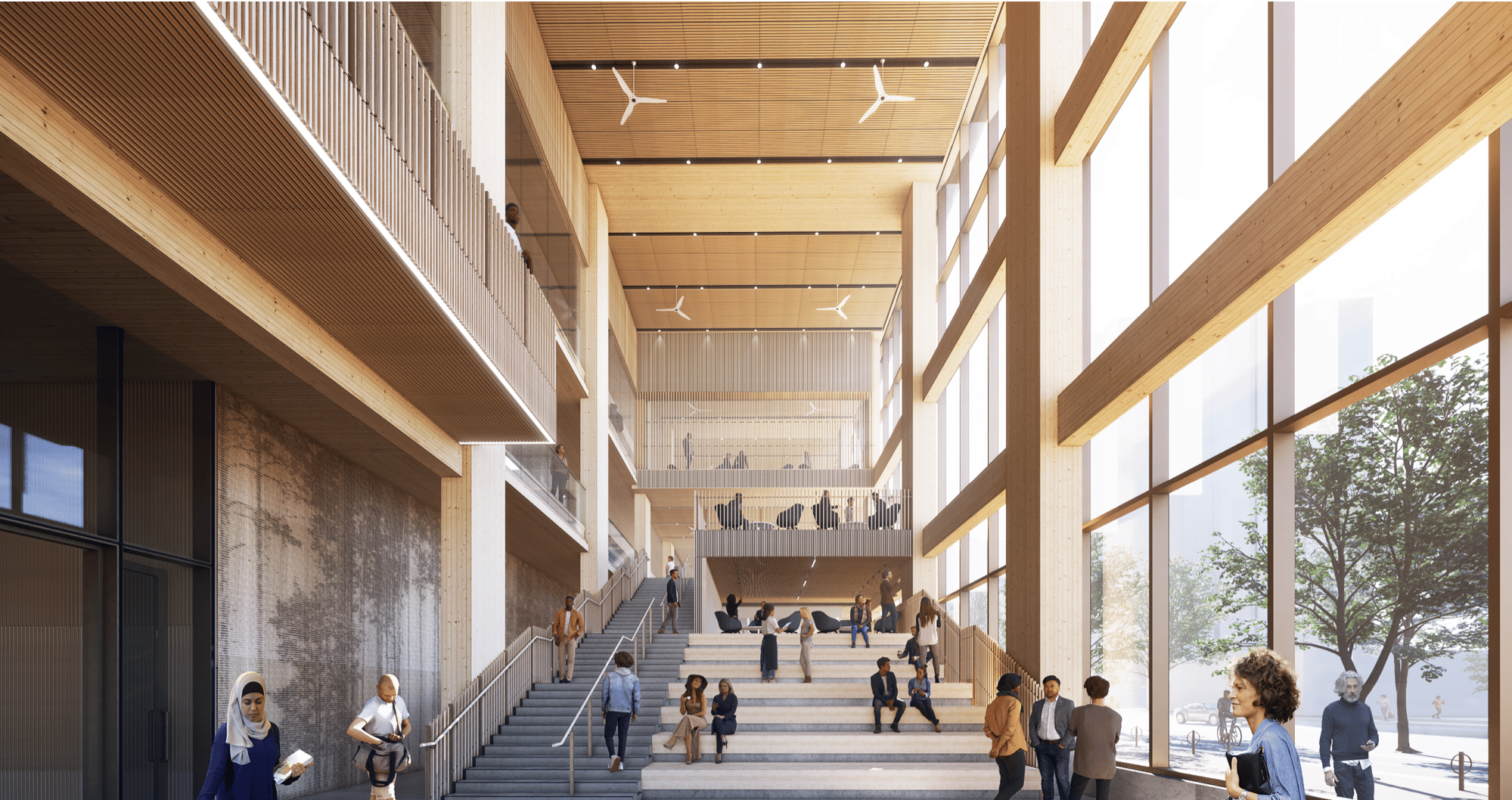 The project was nominated in the WAF Future Project: Education category. The project has also been named one of 20 winners of a special WAX award that recognizes international projects for embracing cutting-edge design and addressing global issues such as the climate crisis or community resilience.

It’s being called a model of mass-timber construction and eco-friendly design. The building will harness green energy from the surrounding environment using solar chimneys, rooftop photovoltaics and deep-water cooling. 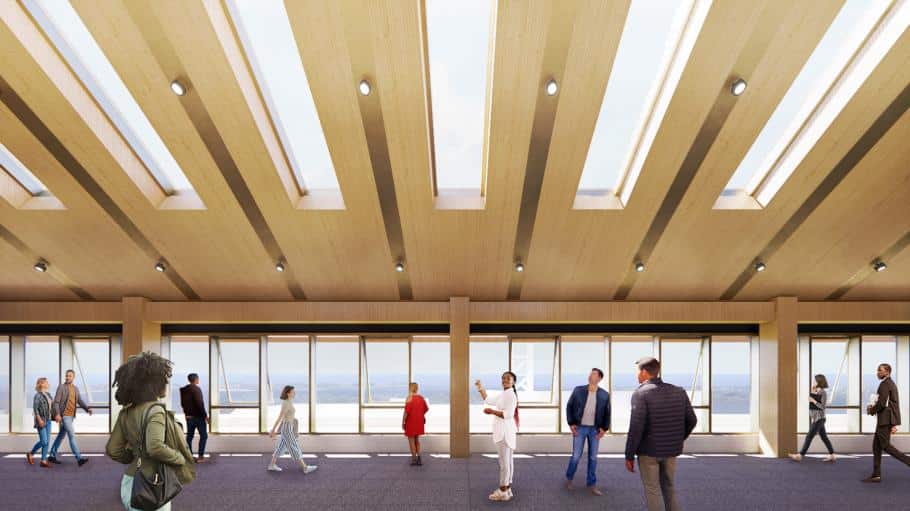 “Our entire design team is grateful for George Brown College’s vision and commitment to realize this first-of its-kind in the world, tall, exposed mass timber, net-zero carbon emission building, and we are thrilled to have been recognized by the WAF awards program,” said Carol Phillips from Moriyama & Teshima Architects. “We look forward to presenting our scheme to the jurors in December.”

The WAF recognizes excellence in the field. Finalists present their projects live to judges and audience at the event annual event attended by global architects, interior designers, developers, funders, contractors, and trade media across the industry. Representatives from each of the 20 shortlisted finalists, including Limberlost Place, will present live onstage at WAF in Lisbon from Nov. 30 to Dec. 2, and one 2022 WAFX award winner will be announced.

The building’s form and facade are shaped to maximize access to natural light and fresh air, with a 40 per cent window-to-wall ratio. A roof-mounted solar array will generate 24 per cent of Limberlost Place’s energy consumption to offset greenhouse gas (GHG) emissions generated in the electricity grid.