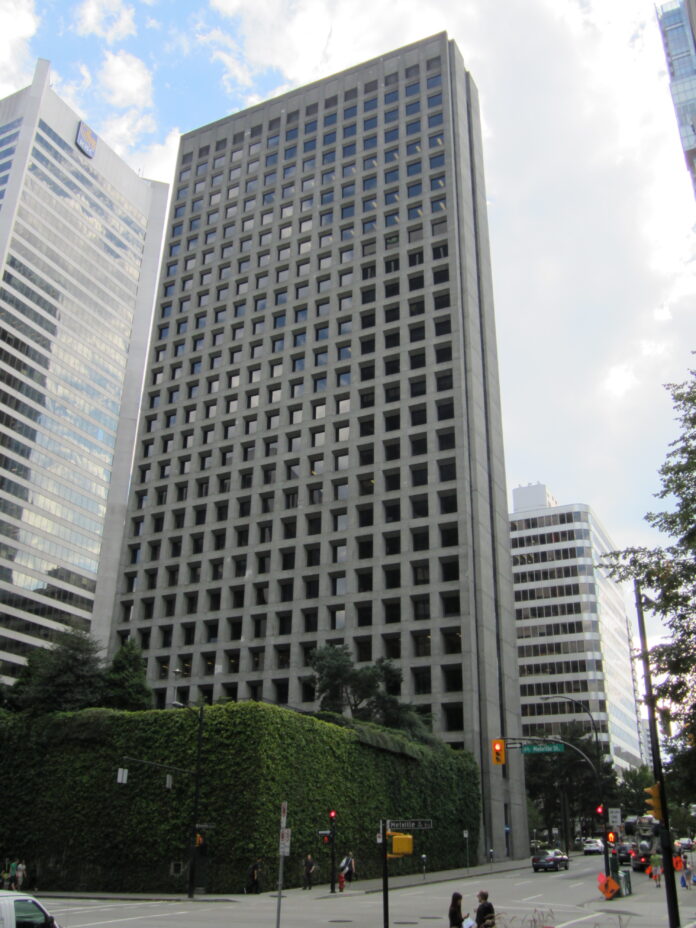 The news out of Vancouver that the historic MacMillan Bloedel Building at 1075 West Georgia St. will be rebranded as Arthur Erickson Place brings back memories of a key part of my life four decades ago.

In 1980, I had just returned to Vancouver from the second of two African journeys, where I had lived as a journalist through the transition from Rhodesia to Zimbabwe. Now I was staying at my mother’s place (my father had died a few months earlier, while I was still in Africa), and I was trying to find my feet back in Canada during a massive super-high-interest rate recession.

There were no jobs in daily newspaper journalism as publications consolidated and laid off thousands of employees. So I took a job washing dishes at McDonalds, and visited a federal Canada Employment Centre (now a part of Service Canada).

A counsellor – yes there were real people working in those offices back then – on learning that I had lived through an African war as a journalist, offered me a job with the Canada Employment and Immigration Commission (CEIC). He asked if I could type. “Yes,” I said. “Seventy words per minute.”

“Good, I’ll set you up for a job in the typing pool at the department’s regional headquarters.”

Now it is quite a transition from being a newspaper sub-editor and foreign correspondent to working in a word processing centre in a downtown high-rise, but the pay was certainly better than McDonalds’ and, as the counsellor explained: “This will allow you to apply for better government jobs that are only open to department employees.”

The CEIC regional headquarters offices were, indeed, in the MacMillan Bloedel building on Georgia St.

For eight months, through a rainy Vancouver fall and winter, I commuted by bus to the downtown office tower, took the elevator to the 10th floor, and worked at composing letters and documents on early-era word processing machines. The most enjoyable part of the work was the noon-time fill-in assignment where one person from the word processing centre took charge of the reception desk and could experience the comings and goings of various people trying to navigate their way through the government bureaucracy.

I remember the building’s architecture, the windows and the concrete columns, and didn’t think much of the irony that a business built from wood construction would be housed in a concrete tower. But this was well before the era of “tall wood” structures, where a forestry company could truly operate from a wooden skyscraper.

A press release announcing the renaming says the building was designed by Erickson and Geoffrey Massey in a unique Modernist design, during a corporate building boom in the 1960s.

“It is rare for an architect to be honoured in this way, and I know that Arthur would be very proud to have the building carry his name, as it encapsulates all he strove to achieve architecturally,”  Erickson’s nephew, Christopher Erickson told the publicists. “The building’s classic beauty and clarity of structure expresses the ruggedness of our land and majesty of our forests with a powerful cadence that tapers into infinity as it rises from its roots.”

The 27-storey building – the tallest in Vancouver when it was completed in 1968 – became a multi-award-winning national heritage landmark due to its construction technique of cast-in-place concrete,  aesthetics of tapered walls and deeply recessed windows, and association with Erickson and MacBlo, which at the time was Canada’s largest forestry company. The structure, made of reinforced bare concrete, rises above a spacious public plaza with reflecting pools that span the building’s length.

“Arthur was very proud of this building – it was one of his favourites,” said Geoffrey Erickson about his uncle, who was known as the Master of Concrete. “This building is bold and daring and broke new ground in engineering, office planning and the use of concrete.”

Erickson and his design were featured in Time magazine in the 1960s and the building won the 1970 Massey Medal for Architecture, among many other awards.

Now 53-years-old, the distinguished concrete building has continued to be called MacBlo even though the company ceased to exist 22 years ago. Two years ago, KingSett Capital, Crestpoint Real Estate Investments, and Reliance Properties jointly bought the building with a plan to reestablish it as what the publicists describe as the “premier corporate office location in downtown Vancouver.”

“It is time to give this powerful, monolithic office building its due place on Vancouver’s skyline by branding it after Arthur Erickson in honour of his excellence,” said Jon Stovell, president and CEO of Reliance Properties. “With its heritage distinction, central downtown location, and strong visual identity, Arthur Erickson Place will continue to be the address with cachet.”

In that building, I recall lunches at a Triple Os concession (associated with the local Vancouver White Spot organization), and the day I noticed a job posted for a writer/editor in Ottawa, open to federal employees in Ottawa, and more specifically, to Employment Department employees anywhere in Canada.

I had discovered Ottawa a few years earlier, and thought it would be nice to live in the nation’s capital. And I saw that I qualified for the job.

The selection board needed to find funds to fly me to Ottawa for a writing test and interview – the manager who later hired me explained that I was almost screened out because typists don’t generally have the qualifications to apply for a writer’s job. But my resume and published writing samples proved that indeed I had very real experience and qualifications.

In April, 1981, the government offered me a job at the Employment and Immigration’s national headquarters, and I moved east. The pay was good, but someone who is an entrepreneurial journalist doesn’t belong in the bureaucracy. Five years later, I quit the job to sell real estate, setting up the transition in 1988 to the publishing business that continues today.

The tower at 1075 W. Georgia remains close to my memories and heart. I’m 68-years-old now The building, at 27, was a key way-station on my transition from anAfrican adventures to a 35-year career publishing news for the architectural, engineering and construction community.  I’m glad that it will now honour an architectural legend.