A wave of critical construction project delays across Ontario is being blamed on supply chain disruptions, worker shortages and contractor bids thar are more than 50 per cent above estimates.

Now, as municipalities ramp up plans for new housing, infrastructure and highway expansions, mayors are asking for help from other levels of government.

“It is a big issue for the mayors,” said Guelph mayor Cam Guthrie who chairs Ontario’s Big City Mayors, a group representing 29 cities with a population of 100,000 or more. The caucus recently endorsed the province’s Strong Mayors Building Homes Act 2022 which calls for construction of 1.5 million new homes in Ontario over the next ten years to accommodate increases in immigration and promote housing affordability.

However, a growing number of project cancellations, delays and modifications have been announced in municipalities including Toronto and Ottawa amid persistently hot inflation in labour and materials costs.

The Canada Mortgage and Housing Corporation, meanwhile, in a recent report said housing starts will fall well below the affordable housing targets it has set for Ontario, B.C. and Quebec to reach by 2030-31 due to factors including worker shortages and inflation in costs for labour and building supplies.

Guthrie says building targets are positive and need not be amended but noted that municipalities face zoning, density and other capacity infrastructure limits that add to the supply challenges in meeting those targets and said provinces should report annually on their home building goals.

Municipalities, he said, face difficult choices about the scope and timing of projects, which the timeframe for building potentially extended to minimize new cost for taxpayers. Guthrie said if city councils decide to slow the pace of a project, to take 15 rather than 10 years, for example, costs to taxpayers may not rise.

Across Toronto, several road resurfacing projects have been delayed until next year so city staff can revise the scope of the projects and provide clarity to companies bidding on projects. At its meeting in July, Toronto city council voted to pause about $300 million in infrastructure projects because of an $875 million budget shortfall caused by COVID-19.

Three tenders issued last spring received bids from six companies, and then were canceled on Aug. 15. The projects represented 20 per cent of the city’s road repaving budget for 2022, according to a city spokesperson.

Andy Manahan, executive director of the Toronto and Area Road Builders Association, said other factors may have played a role in the delay but agreed that cost inflation has put municipalities in a “tough position.”

Municipalities have announced project delays and cancellations in the face of budget shortfalls and because the cities by law cannot run deficits and cost overruns must be covered.

A bridge construction project in Ottawa, for example, was delayed due to factors including supply chain issues and labour shortages, the city confirmed this month. Guthrie said Guelph is “rescheduling, rescoping and rethinking” two projects “the community desperately needs” including a new-build south end recreation centre which the city budgeted at $80 million. He said the lowest of three contractor bids came in at more than $121 million.

A road project was tendered 50 per cent above the city’s budgeted cost, with general contractor bids reflecting the “fear of the unknown” in the form of warranted risk premiums in an uncertain market and an unpredictable global economy that could be heading into recession.

Guthrie says project delays in Guelph are being mirrored across the province, adding that private home builders are facing the same challenges.

“We are all wading through the unknown right now.” 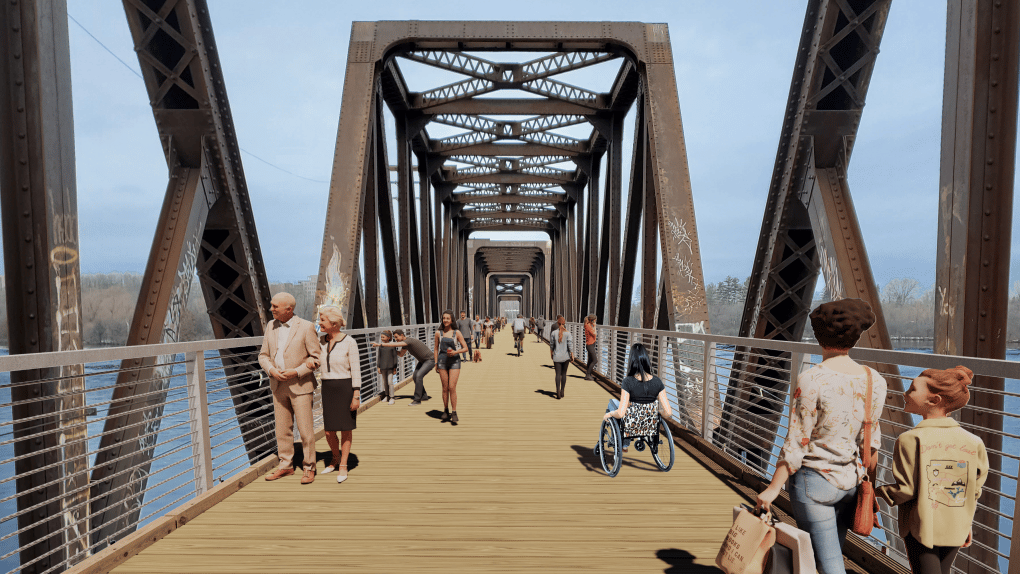 The mayors’ caucus is asking upper levels of government to use their financial levers to “help us weather the financial storm and protect our assets” with direct grants to cities to offset inflation in the cost of infrastructure repairs, maintenance and to help fund needed new projects which will only become more expensive down the road. Moreover, he said the cities are pressing for a new deal in the form of more permanent funding for projects, whether for renewal, repair or new builds.

He said a transparent, trilateral funding agreement where federal and provincial governments may assume more than a third of the burden would prevent cities from being bogged down trying to source funding and stop “finger pointing” among senior governments that add to project delays.

“We want to be able to figure out how to actually move forward on these projects,” Guthrie told Ontario Construction News. Municipalities have pressing projects that have been delayed and “we don’t know how we are going to pay for them or if we should pull the trigger and just go with what we’ve got.”

Across Canada, material costs and labour issues have delayed critical housing projects in Nunavut and are expected to slow Nova Scotia’s recovery from post-tropical storm Fiona. Nova Scotia had already cancelled six planned road and bridge projects due to the rising price of steel, diesel, asphalt and labour before the storm hit in late September.

And an analysis by real estate research firm Urbanization said developers could cancel construction of 5,000 new condo units in Toronto due to building costs that are 20 per cent higher than last year and which are rising faster than the value of real estate, said the firm’s president Shaun Hildebrand, adding that supply chain issues due to the war in Ukraine and a shortage of construction workers are contributing factors.

Slowing growth in construction investment in North America along with falling real estate prices amid rising borrowing costs add to the complexity although sluggish growth could mitigate against further cost inflation.

Ian McConachie, a spokesperson for Crown agency Infrastructure Ontario, said the agency is taking steps to mitigate against potential labour and materials shortages and is confident that the quantity and quality of bids on its projects will produce competitive bids. He added that bringing projects successfully to market under current conditions would require changes in “packaging strategy, contract form and risk management.”

Erich Schmidt, innovation and public affairs manager for the Ontario General Contractors Association (OGCA), said the OGCA has worked with municipalities, government agencies and purchasers of construction to ensure cost transparency throughout the ICI construction pipeline.

He said the association, whose members account for more than 70 per cent of Ontario’s ICI projects, has been tracking material cost escalation across construction markets and the general increase in construction costs for non-residential construction since the onset of the pandemic.

“We are continually working with government, owners, consultants and general contractors to encourage the use of escalation clauses and a collaborative approach to the increased risk environment,” he said. “The ICI construction market has seen some project cancellations in select markets but there has been no single rationale for those cancellations. It is a priority for the Ontario government to work with municipalities to continue their work securing capital budgets and ensure that all projects continue.

The Residential Construction Council of Ontario (RESCON), in advance of municipal elections earlier this month, called for immediate changes to “current dysfunctional municipal planning processes. RESCON, whose members account for the bulk of residential construction in Ontario, says badly needed new housing projects are being postponed pending more guidance and certainty on inflation and interest rates.

“Housing costs have reached a point where developers can’t proceed in an uncertain environment, especially when it is so hard to predict when projects might get approved,” the association said in a statement.

“We are in a housing crisis not seen in generations,” added association president Richard Lyall.

“All municipalities must come to the table and work collaboratively on decisive actions to streamline the development approvals system.”