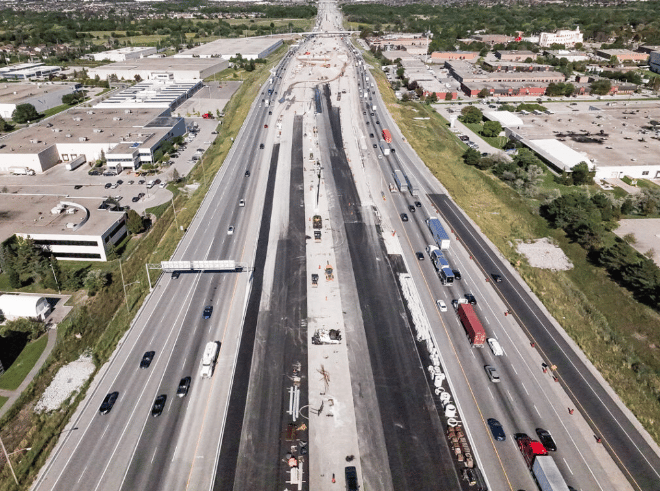 A massive, multi-year project to expand Highway 401 in Mississauga and Milton has officially been completed, according to Ontario’s Ministry of Transportation (MTO).

“Highway 401 is the busiest and most congested highway in North America with approximately 180,000 vehicles on average per weekday from Credit River in Mississauga to Regional Road 25 in Milton,” Minister of Transportation Caroline Mulroney announced Monday.

“Widening Highway 401 is another step forward in our government’s plan to build Ontario with investments in our transportation system to reduce gridlock, improve economic productivity and get drivers home to their loved ones faster.” 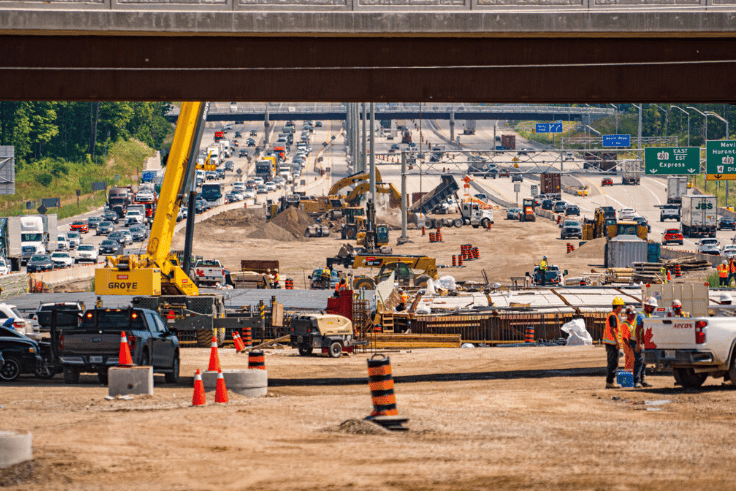 The 18-kilometre stretch of roadway has been vastly transformed from what once was a six-lane highway, to now, a 10-12 lane expanded route. Also, a seeding and re-planting scheme designed by environmental experts on the project, resulted in thousands of new shrubs and native trees revitalizing vegetation along the highway – mitigating impacts on the local ecosystem, protecting existing species, and welcoming new birds and wildlife to the area. 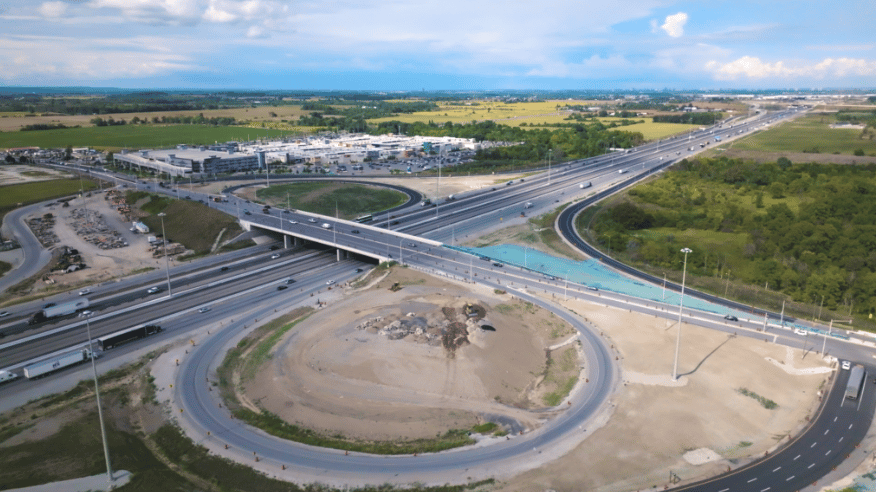 In an effort to minimize waste and promote sustainable infrastructure, materials including asphalt and concrete from the original lanes and barrier walls were recycled and reused for the base of the new lanes.

Three bridges were demolished with little disruption and reconstructed with recreational lanes added for pedestrian and cyclist use.

The rehabilitation, restoration and installation of vital infrastructure under the highway lanes, including culverts and sewer systems, as well as the CN and CP Rail underpasses were also completed.

Approximately 18 kilometres of the 401 between Mississauga’s Credit River and Regional Road 25 in Milton have been reconstructed and significantly widened over the past three years, from only six lanes to as many as 12 in some segments.

Approximately 180,000 vehicles and $930 million worth of goods travel through this part of the 401 every day, according to Ontario’s Ministry of Transportation. 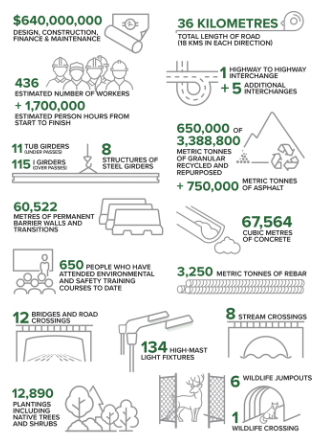 First announced in 2017, the $640 million project entered its construction phase just over three years ago. Commuters in the Great Toronto Area have been pulling their hair out when travelling west ever since.

Already plagued by heavy traffic that often became gridlock, the stretch of 401 in question became even more frustrating when lanes started closing down for construction work in 2019.

Nobody likes sitting in gridlock traffic, looking over at empty work sites while the same four songs play in rotation on the radio because your phone has died after an hour of playing Tetris, and you forgot a charger.

But, anyone familiar with the area at rush hour can tell you that the Highway 401 Expansion Project was necessary to get traffic moving sufficiently, both now and in the future; Ontario’s provincial government says that the population of the Greater Golden Horseshoe is forecast to grow from 10 million to 14.9 million people by 2051. That’s a lot of cars to accommodate.

Ontario’s Ministry of Transportation says that the “multi-lane expansion will help fight gridlock and keep goods and people moving across the Greater Golden Horseshoe.”

While the new lanes are all now open, Infrastructure Ontario does say that “final paving and finishing works will take place in the spring.”

One would think (and hope) that this kind of work can be completed more quickly than the actual widening of a major highway that’s part of the busiest corridor in North America.

For those interested in how different segments of the 18-kilometre stretch have changed since 2019, the government has provided a handy summary, noting that “the new lanes double or nearly double the previous six-lane Highway 401 and include:”