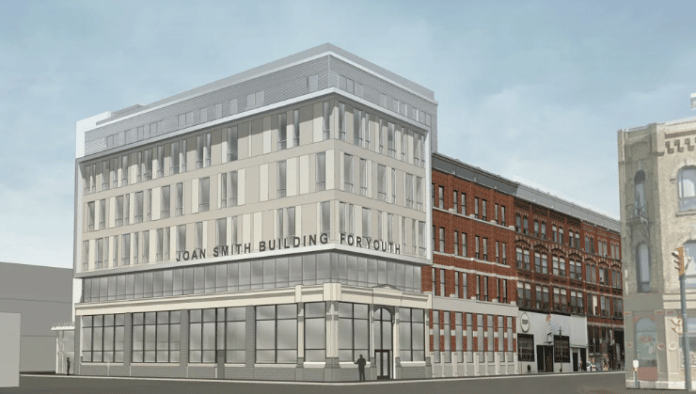 Construction of an affordable housing and wellness hub is underway in downtown London, after $10.4 million was raised over the last seven years by Youth Opportunities Unlimited (Y.O.U.).

The $30-million Joan’s Place project, a planned 55,000 sq. ft. site at the corner of Richmond and York streets. In addition to community donations, Y.O.U. received $4 million from the City of London.

A ceremony was held last week to mark the start of construction, expected to last 24 months.

“The City of London is proud to invest in this critical project for London’s most vulnerable young people,” mayor-elect Josh Morgan said in a statement.

“At a time when our community is experiencing a homelessness crisis, projects like this go a long way to ensuring more safe spaces for local youth, and access to the supports young families need to thrive.”

When it opens, Joan’s Place will have 39 affordable housing units and a youth wellness hub that will offer services and programs for young people, including mental health, addictions, employment and training.

The new centre will be named after Joan Smith, a former city councillor, MPP and the province’s first female solicitor general, who Y.O.U. describes as a “trailblazer for women and a tireless champion of the underdog.” The Smith family previously donated $1 million towards the project.

Y.O.U. officials say the facility will be able to serve more than 200 people daily, and the city’s donation will fund 35 of the affordable units.