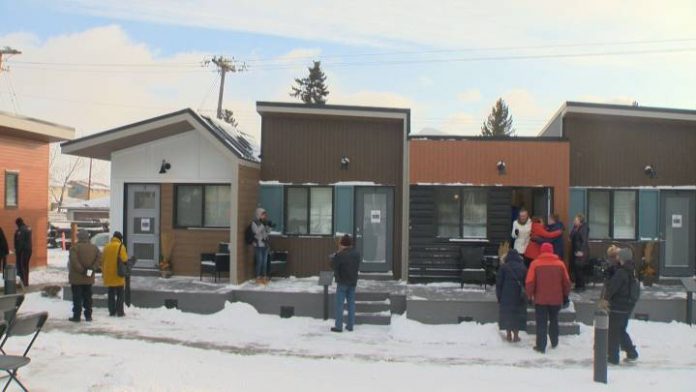 More than a dozen former members of the Canadian Armed Forces who have been forced to sleep on the streets will finally have roofs over their heads.

The “Homes for Heroes” Village in Calgary is the country’s first housing complex built exclusively for homeless veterans. There are 15 houses, all equipped with everything from cable and internet to fully-functioning kitchens and decks.

“Our team has met with hundreds of veterans who are in crisis and experiencing homelessness,” said Homes for Heroes Foundation president and co-founder David Howard.

“We wanted to build a program that can help them with a successful transition to civilian life. They want a hand-up, not a hand-out. We listened to what they had to say, and we designed our foundation around meeting their needs.”

The village was built by ATCO, a Calgary-based global provider of integrated energy, housing, transportation and infrastructure solutions, through a $1.5 million in-kind donation.

It’s the first village of its kind in Canada, but the Homes for Heroes Foundation has land agreements for similar villages in Edmonton and Ontario.

“I expect this to end the issue of veterans experiencing homelessness and I think we can do that within a 12-to-13 year period,” Howard said.

“We know that far too many veterans of the Canadian Armed Forces are struggling in their effort to leave the Forces and return to civilian life – and many will find themselves on a long and difficult pathway to homelessness.”