The changeover occurred at the NCA’s annual general meeting on April 23.
The event featured a keynote address from Ian Cunningham, president of the Council of Ontario Construction Associations (COCA).

After the formal meeting, attendees enjoyed dinner together, catching up with colleagues and making new ones from both within the ICI (industrial, commercial and institutional) construction industry and from all four levels of local government.

“The call today is for active engagement, committed leadership and effective advocacy,” said Karen Sheldrick, the NCA’s general manager for the past 15 years. “We have the board and staff to make this happen.Let’s do this together for the betterment of our association and the Niagara region as a whole.” 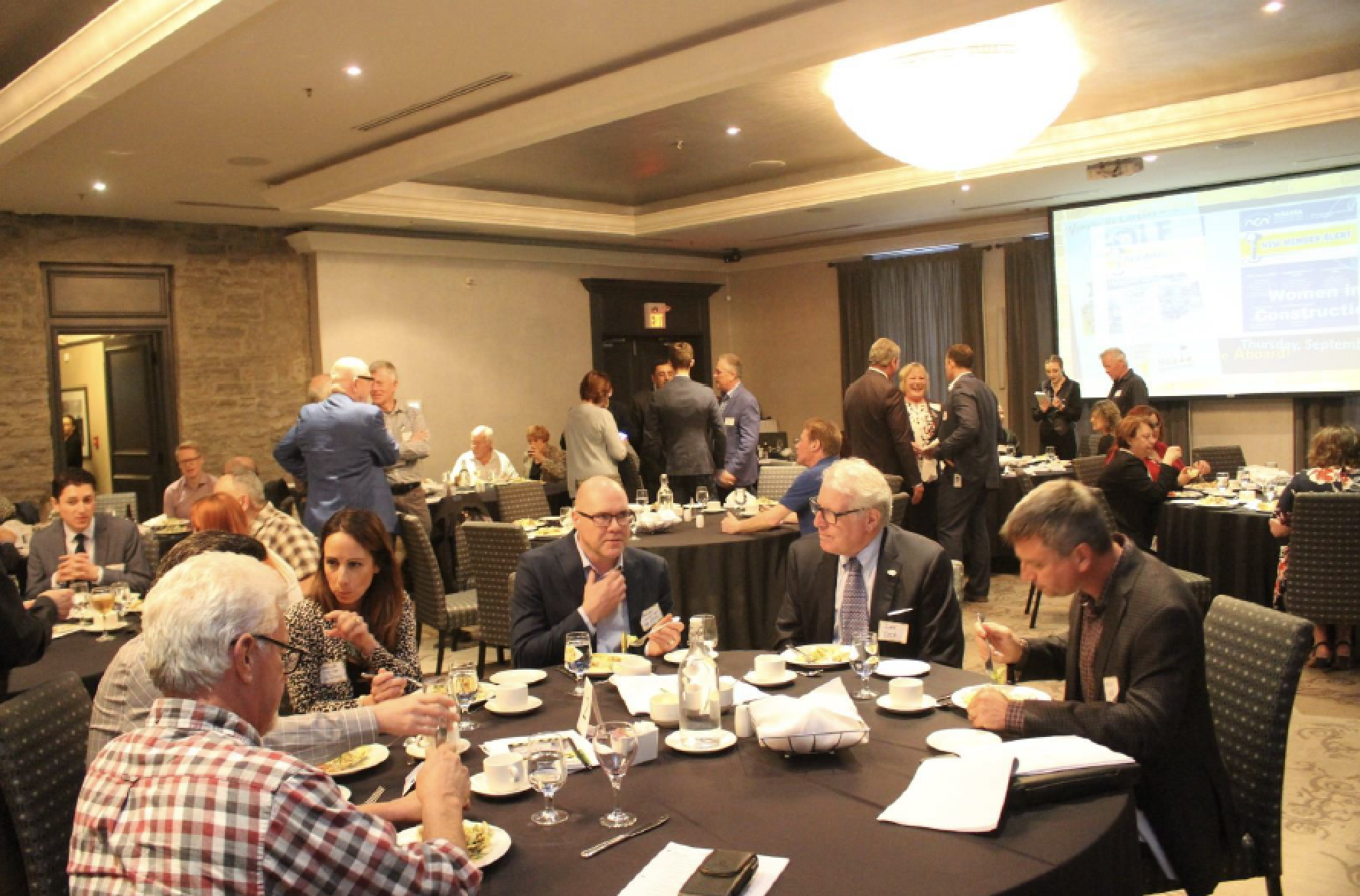 The event was held in the Stone Mill Ballroom of Johnny Rocco’s, a fully-restored historic factory that once was a cotton factory of grand proportion and was redeveloped into a commercial plaza. Built in 1860, it was a pioneering cotton mill in the Dominion of Canada in its day. The restoration retained many of the factory’s original architectural features making for a striking and apropos venue for the NCA’s AGM.