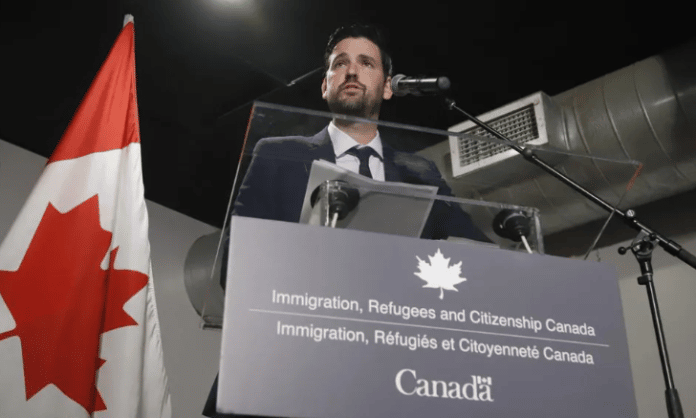 The federal government is expanding a small-scale pilot project that offers permanent residence for out-of-status construction workers who are already working underground in the sector here.

On Friday, the government said it is doubling the annual number of available spots in the program from 500 workers — plus their family members — to 1,000, as part of its plan to ease the labour shortage in skilled trades.

In 2019, Immigration, Refugees and Citizenship Canada (IRCC), in partnership with the Canadian Labour Congress (CLC), launched a permanent residence pilot program for 500 out-of-status workers in the construction industry in the Greater Toronto Area (GTA).

This year the IRCC is extending and expanding the pilot program, doubling its scope to 1,000 out-of-status construction workers in the GTA.

“This pilot program is a significant step forward in addressing critical labour shortages for the Greater Toronto Area by supporting stability in the construction industry and bringing workers out of the underground economy,” said Sean Fraser, minister of immigration, refugees and citizenship. “By providing regular pathways for out-of-status migrants, we are not only protecting workers and their families, but also safeguarding Canada’s labour market and ensuring that we can retain the skilled workers we need to grow our economy and build our communities.

“This initiative is a testament to our government’s commitment to finding innovative solutions to support Canada’s workforce and strengthen our economy.”

Theprogram offers construction workers and their families a path to permanent residency so that they can stay long-term. This program is one of a number of new measures implemented to address labour shortages in Canada by ensuring that we bring and retain the workers we need to grow the economy and build our communities.

Eligible individuals have until Jan. 2, 2024, to apply for permanent residence and can include their spouses, partners and dependent children in their application. Potential applicants will continue to submit their names to the CLC, who will determine their eligibility before referring them to IRCC.

The program goal is to ensure skilled workers in Canada continue to address critical housing development needs and bring a larger number of workers out of the underground economy.

“The out-of-status construction workers contribute greatly to the economy and society, and continue to fill labour shortages. Without status, the workers live and work in fear of detection, detainment and deportation. Out-of-status workers are vulnerable to employer exploitation and abuse, and they and their families live with limited access to education, health and social programs.

“The extension of the out-of-status construction workers in the GTA initiative for 2023 will help more vulnerable workers and their families during these uncertain times.”

Under the pilot, applicants who have significant work experience in construction occupations in the GTA, family members in Canada, a referral letter from the CLC and no reason for being inadmissible other than overstaying their visa and working without authorization may be able to apply for permanent residence in Canada.