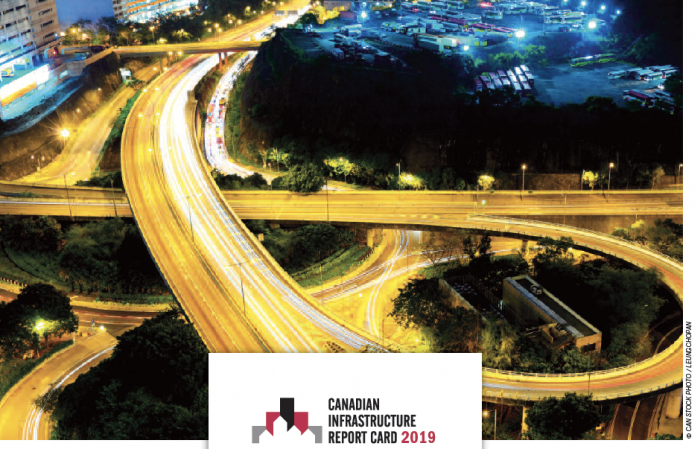 A new report shows that a significant amount of public infrastructure in Canada is aging and in poor condition—reinforcing the urgent need for long-term and sustainable investments in infrastructure renewal to meet the needs of Canadians.

“Reliable infrastructure connects our communities, enables our economy and protects our environment – it supports our quality of life right across the country,” John Gamble, president and CEO, Association of Consulting Engineering Companies – Canada (ACEC) said in a statement. “So in light of these findings, Canadians should be concerned.”

The 2019 Canadian Infrastructure Report Card—produced by ACEC-Canada and seven partner organizations—examines the state of Canada’s public infrastructure. Among the key findings:

“This report shows the critical importance of long-term investments in renewing our existing infrastructure,” Gamble said.

The report can be downloaded here.

“While successive federal government have responded with significant commitments to infrastructure, there is still much more to do,” Gamble said.

To ensure the voice of the consulting engineering industry is heard in the upcoming election, over the past several months ACEC has developed its comprehensive election plan including the microsite www.investinfrastructure.ca which puts the value of infrastructure at the forefront of our election priorities.