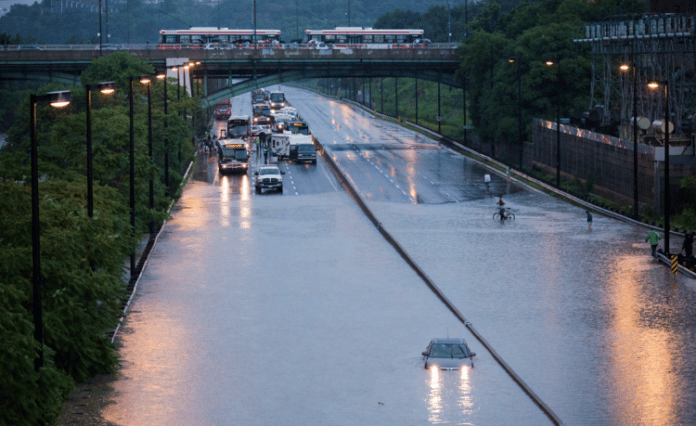 Ontario’s financial watchdog says the effects of climate change are projected to cost the province an extra $1.5 billion a year on average in the next few years just to maintain public transportation infrastructure.

The roads, bridges, large structural culverts and rail tracks owned by Ontario’s municipal and provincial governments are valued at $330 billion (all costs are in 2020 real dollars). Ontario’s 444 municipalities own 82 per cent of this portfolio while the remaining 18 per cent is owned by the province.

CIPI: Transportation – Assessing the financial impacts of extreme rainfall, extreme heat and freeze-thaw cycles on transportation infrastructure in Ontario, released Thursday by the Financial Accountability Office says that over the next nine years, maintaining that infrastructure would have cost $11 billion a year if the climate was stable, but climate-related costs will push it to about $13 billion by 2030.

The report examines how changes in extreme rainfall, extreme heat and freeze-thaw cycles will impact the long-term costs of maintaining public transportation infrastructure in a state of good repair. 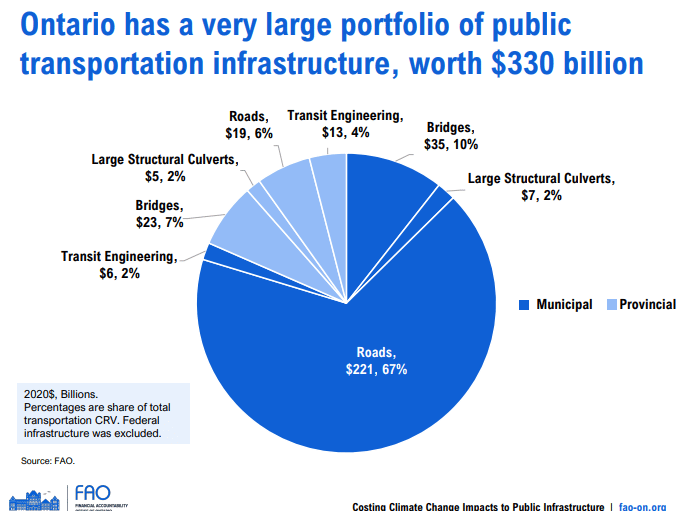 The FAO says that adapting transportation infrastructure to withstand extreme rainfall, extreme heat and freeze-thaw cycles would be much less expensive.

The report says that adaptation would add between $1.4 billion and $2.9 billion a year between now and the year 2100. Additional highlights in the report include: