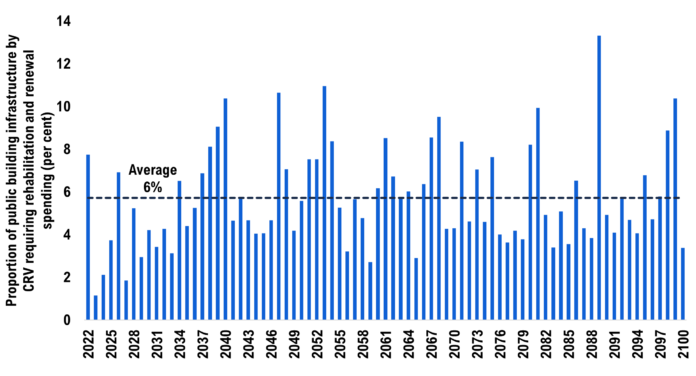 The cost to maintain public buildings in the face of extreme rainfall, extreme heat and freeze-thaw cycles could rise by $6 billion by 2030, according to the Financial Accountability Office of Ontario (FAO).

The report is part of the FAO’s CIPI project, which estimates the costs that certain climate hazards will have on provincial and municipal infrastructure. 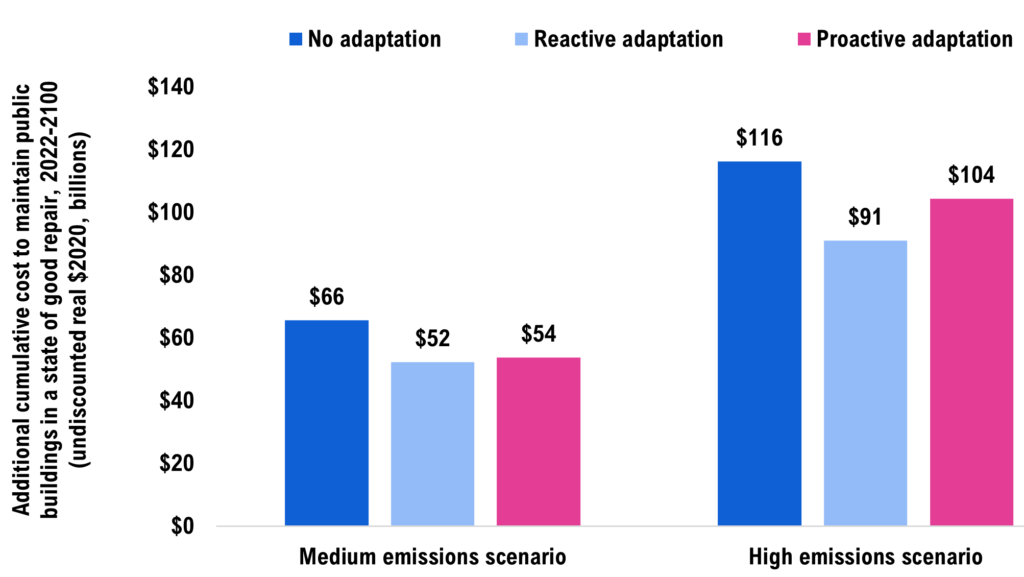 Ontario’s provincial and municipal governments currently manage a cinbubed $254 billion portfolio of buildings and facilities. If the climate was stable, the FAO says maintenance would cost $10 billion per year on average, totalling about $799 billion by 2100.

However, because of extreme rainfall, more extreme heat, and fewer freeze-thaw cycles, public buildings will require increased operations and maintenance activities and more repair spending to address accelerated deterioration. Over the remainder of this decade three climate hazards will add nearly $6 billion to the costs of maintaining public buildings and facilities in a state of good repair, the FAO concluded.

“In the medium emissions scenario, where global emissions peak in the 2040s then rapidly decline, changes in these climate hazards will increase infrastructure costs by an additional $66 billion over the century, or about $0.8 billion per year on average,” the report states.

“In the high emissions scenario, where global emissions continue to grow over the century, the additional costs would instead increase by $116 billion, or by $1.5 billion per year on average.”

The FAO also explored the financial implications of adapting Ontario’s public buildings to withstand these climate hazards and found that broad adaptation strategies would be modestly less costly for provincial and municipal governments than not adapting. They would also have significant but un-costed benefits, such as minimizing the disruption of public services.

The FAO’s provincial (November 2020) and municipal infrastructure (August 2021) reports were part of the first two phases of the CIPI project.

The CIPI buildings report is the first of three sector reports that present the costing results in the final phase of the CIPI project. Costing results for transportation and water infrastructure will be published in two separate upcoming reports.