Home Around the province Construction workers at high risk of suicide due to psychosocial hazards in...
Facebook
Twitter
Email
Print
Copy URL 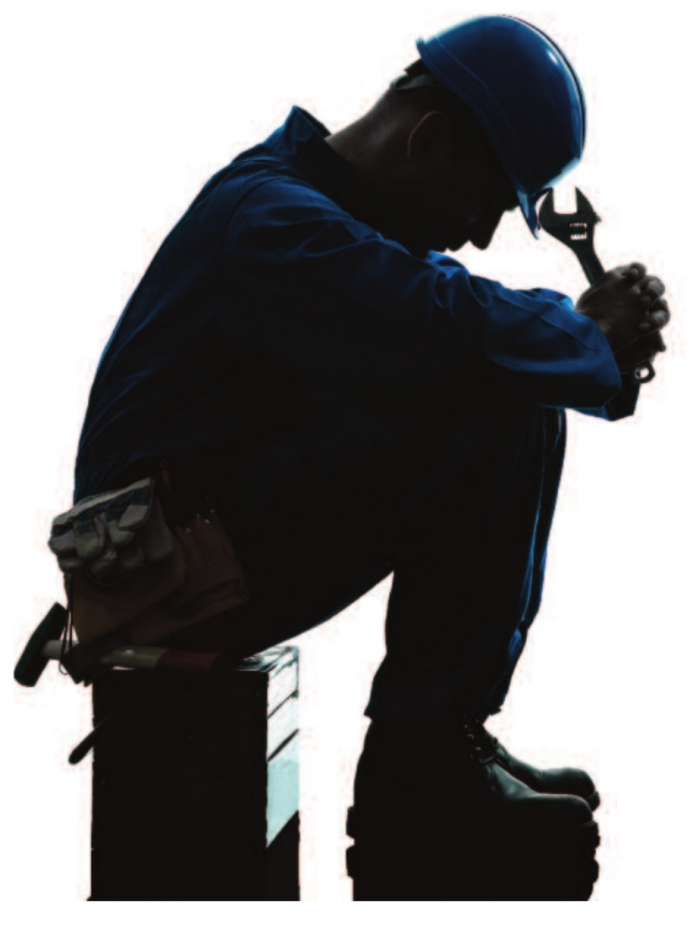 Written and Reported by Donna Mayer

A mental health crisis at Britain’s largest construction project is pushing the alarming suicide rate among construction workers to the front pages.

According to The Guardian, union officials at the Hinkley Point nuclear power station construction site say they have been told of 10 suicide attempts in the first four months of 2019.

The main causes of the distress appear to be loneliness, relationship breakdown and the struggle of being sometimes hundreds of miles away from family.

The European Union requires employers to assess psychosocial hazards in the workplace. According to the European Agency for Safety and Health at Work, psychosocial risks and work-related stress are among the most challenging issues in occupational safety and health.

Examples of working conditions leading to psychosocial risks are:

Contributing factors include a higher prevalence of alcohol and substance abuse, separation from families, and long stretches without work.

The risk of suicide in different occupations has been extensively studied in the U.K. and internationally.

According to a recent study from the U.S. Centers for Disease Control and Prevention, more construction workers take their lives than any other industry.

The CDC report showed that the 2015 suicide rate for men in construction was four times higher than the overall suicide rate at 53 people per 100,000.

Researchers found the highest suicide rates in manual labourers who work in isolation and face unsteady employment. High rates were also seen in carpenters, miners, electricians and men who work in construction.

While suicide is a major public health issue in Canada, there is little research on the risk of suicide in different occupations.

Statistics Canada reports that suicide is one of the top ten causes of death in Canada. On average, 11 people die by suicide each day. In 2017, there were 4,175 deaths by suicide in Canada.

Until this year, Canada remained the only industrialized country in the G-7 that did not have a national suicide prevention strategy. On May 8th 2019, the House of Commons unanimously adopted a private member motion to establish a National Suicide Prevention Strategy.

The legislation calls for conducting comprehensive analyses of high-risk groups of people, and the risk factors specific to each such group within 18 months.

In the meantime, what we do know is: men in the 45-59 age category are at greatest risk. One-third of suicide deaths in Canada are among people 45-59 years of age.

Gender differences in suicidal behaviour have been theorized to be related to a number of factors, including lethality, differential rates of depression and alcohol misuse, and socialization.

Men tend to use more lethal means than women and also have less interaction with the health care system. Help-seeking behaviour and social support, two protective factors associated with suicide, may be more prevalent among women.

The Centers for Disease Control and Prevention stresses that suicide prevention on the construction site is critical because it’s where many workers spend most of their time.

The CDC report had immediate impact in the U.S. In 2016, the Construction Financial Management Association established the Construction Industry Alliance for Suicide Prevention with the goal of providing and disseminating information and resources for suicide prevention and mental health promotion in construction.

Although statistics on suicide rates in the construction industry in Canada are lacking, suicide prevention resources are readily available.

Ranging from 24/7 telephone crisis services and online worker stress assessment tests to first aid training, workplace toolkits and training, and a National Standard for Psychological Health and Safety, there are many ways the construction sector can mitigate the risks of suicide among the workforce.

Mental Health First Aid (MHFA) was developed in Australia in 2001and has since spread to 23 countries.

The Mental Health Commission of Canada (MHCC) works in partnership with industry organizations to deliver the training to workers and managers.

In Ontario, Workplace Safety and Prevention Services is working with MHCC to deliver the Mental Health First Aid program, with a dozen training sessions lined up around the province this fall.

Mental Health First Aid is also being offered by Prevention Link – Disability Prevention at Work, a program of the Ontario Federation of Labour on behalf of the MHCC this fall in Sudbury, Toronto, St. Catharines, and Oshawa.

People who are suicidal typically exhibit warning signs. Anyone can learn to identify someone at risk of suicide and get them help.

In the workplace, these signs may be identified as a person:

Some warning signs require more immediate action than others. Suicidology experts advise immediate professional intervention if someone is exhibiting the following warning signs:

The most difficult part of intervention is to know what to say. The Suicide Prevention Resource Center offers specific advice on how to talk to a worker or co-worker who may be suicidal.

The Canada Suicide Prevention Service (CSPS) encourages anyone having thoughts of suicide to reach out by whatever means they are most comfortable with—either phone, text, or online chat, whether for yourself or for someone else.

An online chat option is also available through Distress and Crisis Ontario.

The CSPS is a service of Crisis Services Canada (CSC), a national network of distress, crisis and suicide prevention line services in operation since 2002. A list of local crisis centres is available on the CSPS website .

The Mental Health Commission of Canada holds regular webinars in many different areas of mental health, including suicide prevention and workplace mental health.

Ontario’s designated health and safety training centre, the Workers Health & Safety Centre, offers a “Stress in the Workplace” training program. The half-day course is designed to equip participants with information that will enable them to identify causes of workplace stress, recognize its health effects, and assess and implement effective controls.

The Occupational Health Clinic for Ontario Workers has an online StressAssess survey designed for workers and managers to assess psychosocial hazards in the workplace. Upon completion of the survey, resources are provided to give the workplace ideas on how to address identified concerns. It includes both personal and workplace editions.

In addition, the MHCC’s social media campaign #sharehope raises awareness and creates a space to share messages of hope related to suicide and its prevention.

The Centre for Suicide Prevention, a program of the Canadian Mental Health Association, has an online workplace suicide prevention toolkit.

Among the suggested strategies are fostering a culture where help-seeking is encouraged.

In 2013, the Mental Health Commission of Canada commissioned a National Standard. The “National Standard of Canada for Psychological Health and Safety in the Workplace” specifies the requirements for establishing a documented and systematic method for creating and maintaining a psychologically healthy and safe workplace.

The Standard provides a framework for the creation and continuous improvement of a psychologically healthy and safe workplace, especially in terms of:

Both training and an online toolkit are available to help employers implement the Standard.