Home Around the province COVID-19 contract language: Should the contractor take all the risk?
Facebook
Twitter
Email
Print
Copy URL 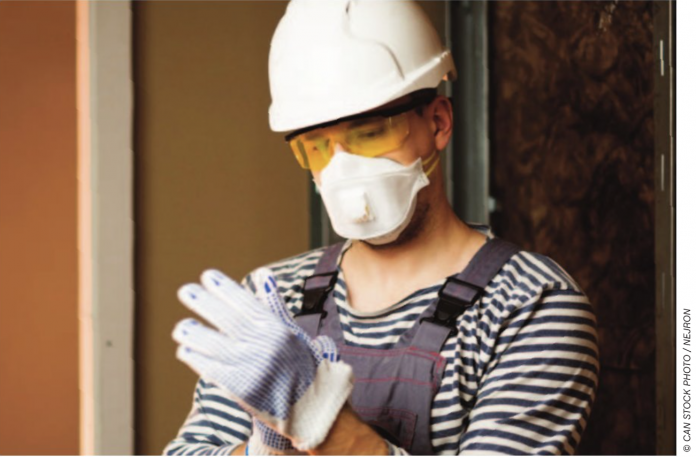 This is a story of COVID-19 and contract language and, according to the Ontario General Contractors’ Association (OGCA), it demonstrates the challenges of dealing with one-sided clauses and unreasonable risk transference from owners to contractors.

Fortunately, it has a happy ending. “The contractor has informed me that they (the University of Toronto (UofT) have) reverted back to original conditions, which we all appreciate and thank them,” outgoing OGCA president Clive Thurston said last Thursday.

UoT, OGCA responses to the story

The resolved problem began when at least one (and possibly more) contractors won bids on contracts with the university before the pandemic slammed into the economy in March, Thurston and Givovanni Cautillo said earlier, representing the association. (Cautillo is the incoming OGCA president replacing Thurston, who retires at the end of June. Both participated in the phone conversation with OCN.)

All work stopped during the provincial emergency order so the original contract wasn’t executed. When construction could restart, the university approached at least one unnamed contractor to complete the paperwork for the work it had bid and won (but hadn’t started) before COVID-19.

However, university contract officers originally insisted there would need to be an amendment before the contractor could start working on the job.

The revised contract’s specific wording for Force Majeure followed the original language with one key exemption – it carved out COVID-19 from the provisions.

“Force Majeure means an event that is, (a) beyond the reasonable control of a party, other than bankruptcy or insolvency; and (b) makes a party’s performance of its obligations under this Contract impossible or so impractical as reasonably to be considered impossible in the circumstances,” the draft contract said, according to documentation provided to OCN by the OGCA.

“Force Majeure includes, war, riots and civil disorder; storm, flood, earthquake or other severely adverse weather conditions; and confiscation, expropriation or other similar action by a Governmental Authority, shortage of materials and supplies, epidemic, pandemic (other than COVID-19) provided that Force Majeure shall not include any event that is caused by the negligence or intentional action of a party or such party’s subcontractors or agents or employees, strikes, lockouts or similar labour actions or any event that a diligent party could reasonably have been expected to take into account at the time of the execution of this Contract and avoid or overcome in the carrying out of its obligations under this Contract. Force Majeure shall not include insufficiency of funds or failure to make any payment required hereunder.”

Thurston also said the revised contract language also removed any delay claim provisions with language stating that the university would not accept delays caused by “any effects on the process of the Work, whether for the Contractor or its subcontractors, caused in any way by the COVID-19 pandemic.”

He said the association recommended the contractor not sign the amended contract because of the incredible additional risk.

First, the contractor bid the work before COVID-19 and, if he accepted the revised terms, he would not be able to claim for the extra costs in staffing, materials and health and safety precautions now required for any construction job.

But the risk would have been even greater for the contractor if there is a second COVID-19 wave and another major project shut-down, said Cautillo.

The contractor could have been subject to liquidated damages for project delays, let alone the additional costs of demobilizing and remobilizing and meeting the increasingly stringent health workplace health standards.

“The contractor would be taking 100 per cent of the risk,” he said.

“Tough luck, he wouldn’t be entitled to any compensation if the project needed more time.  And he wouldn’t be able to rely on the original Force Majeure contract terminology for any relief whatsoever.”

A UofT spokesperson said that “Force Majeure clauses, by their definition, mean that parties – owner and contractor in this case – each absorb their own costs. U of T’s Force Majeure clause grants additional time for project completion equal to the period site activities were suspended by the province.”

But if the Force Majeure clause was removed for COVID-19, then if the project must be further delayed because of the pandemic, then what it basically states is that now liquidated damages come into play on a certain date, the OGCA said.

“So, yes, there are financial implications, and if COVID-19 lasts two years, and the project had to take an extra three months, then that’s the exposure to liquidated damages the contractor would be subject too. That is clearly unacceptable!” Cautillo said.

Fortunately, after the contractor raised the issue about the contract language with the university and the OGCA, the UoT accepted that the original Force Majeure wording should indeed remain in place – providing reasonable protections to the contractor. So the work can proceed.

However, Thurston and Cautillo say this sort of one-sided contract language is an example of the sort of challenges the industry faces.

Contractors are afraid to fight the issue because they want and, at this time, they need the work. But if they accept such language, they put themselves in serious jeopardy should a second wave of COVID emerge, say the OGCA leaders.

Here, associations such as the OGCA have an important role to play; because they can raise issues in public and make the case for fair contract language without jeopardizing individual contractors’ business relationships and opportunities. That is why the OGCA didn’t disclose details about the individual contractor and specific project in publicizing the issue.